Guarantee of editorial independence in response to competition watchdog’s fears 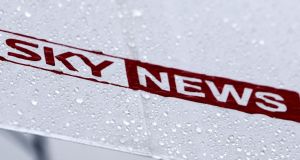 Rupert Murdoch’s 21st Century Fox has offered a series of steps to “guarantee” the editorial independence of Sky News to assuage concerns raised by the UK’s competition watchdog over the company’s bid to take full control of the pan-European broadcaster Sky.

The concessions come after Britain’s Competition and Markets Authority (CMA) ruled in January that the deal would concentrate too much power over the country’s news in the hands of Mr Murdoch.

Under the proposals, 21st Century Fox said Sky News would have a fully independent editorial board. It also committed to maintain a Sky-branded news services in the UK for at least five years with “equivalent levels of investment”.

The arrangements would fall away if Walt Disney’s planned purchase of Fox’s entertainment assets went ahead and the watchdog’s concerns about media plurality fell away.

Fox also offered up a “commitment that no employee or officer” of Fox, or a Fox board member linked to the Murdoch family trust, “will influence or attempt to influence the editorial choices made by the head of Sky News”, who would be appointed by the independent board.

That promise not to interfere would extend to the selection and running of news stories and the political comment and opinion broadcast on Sky News.

The commitments echo similar promises made both in 1981 when Mr Murdoch bought the Times and Sunday Times from the Thomson family and in 2007 when he was negotiating with the Bancroft family to buy Dow Jones, the parent company of the Wall Street Journal.

In both cases, shake ups of senior editorial staff after the deals went through raised questions about the extent of that independence – although the departure of the WSJ’s managing editor four months after the Bancrofts’ sale was ultimately deemed merely “unacceptable” by the committee set up to protect staff, rather than to have raised issues of editorial integrity.

In 2011, when the Murdoch family last moved to take full ownership of Sky, an independent board was promised as part of a spin-off that would have seen Sky News gain a separate stock market listing, with the Murdochs maintaining a controlling minority stake.

Ultimately that deal collapsed in the wake of the phone hacking scandal and the commitments went untested.

Sky said in its own response to the CMA’s earlier findings that it considered the watchdog “has made a number of legal and factual errors” and that if those were corrected, the takeover by Fox would “not be expected to be adverse to the public interest on media plurality grounds”.

Sky added, however, that it viewed the Fox proposals as “an effective and comprehensive solution to any potential concerns”, and the plans would be “straightforward to implement and monitor”.

The CMA noted that most of the responses it had received agreed with the regulator’s provisional finding that the deal would not be in the public interest. In a summary of what it characterised as “non-substantive submissions”, from groups not directly involved in the takeover, it said most parties thought that blocking the deal would be the “best and most effective solution”.

“Third parties submitted that it would be unlikely that behavioural remedies would be upheld, with reference made to editorial independence of [Murdoch] owned companies such as the Wall Street Journal and the Times as questionable”, the CMA said.