Softer Brexit may be on the cards amid uncertainty 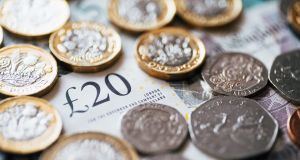 The British pound rose on Monday as investors prepared for parliament to vote on a series of Brexit options, with some hoping that the current uncertainty will end in a softer Brexit than Prime Minister Theresa May’s defeated withdrawal agreement.

Mrs May’s deal was voted down for a third time by lawmakers on Friday, plunging Britain into even more political uncertainty and sending sterling below $1.30. But the British currency has since rallied.

That suggests some investors have priced out the prospect of Britain crashing out of the European Union without a deal despite the political chaos, and instead expect a long delay to Brexit, or an agreement to emerge eventually under which ties to the trading bloc are closer than under Mrs May’s deal.

“There is a growing expectation that a (House of) Common’s majority could coalesce around a softer Brexit that includes a custom’s union but she is facing more threats from cabinet members to resign if she decides to pursue a softer Brexit,” MUFG analysts said.

Sterling rose 0.8 per cent to as high as $1.3135, also finding support from better-than-expected manufacturing survey data and media reports that the opposition Labour party would support closer ties with the EU in Monday’s series of votes on parliament’s favoured Brexit option.

The analysts at MUFG said that while a no-deal Brexit on April 12th remained a risk for the pound, an emergency EU summit on April 10th could – if British lawmakers cannot agree anything this week – see a long delay to Brexit.

Parliament will vote on different Brexit options on Monday and then Mrs May could try to bring her deal back to a vote in parliament as soon as Tuesday.

Mrs May’s government and her party, however, remain in open conflict, with lawmakers warning the prime minister about damage to the party should she opt for a “softer” Brexit.

Marshall Gittler, a strategist at ACLS Global, said he considered a no-deal Brexit “as a higher possibility, even though it’s officially been ruled out, simply because I don?t see any of the other endings as particularly possible.”

The IHS Markit/CIPS UK Manufacturing Purchasing Managers’ Index in at a reading of 55.1 for March, above the 51 level forecast by economists polled by Reuters.

The survey showed that factories in Britain stockpiled for Brexit at a frenzied rate last month, pushing manufacturing growth to a 13-month high.– Reuters