EU leaders extend deadline for Britain to leave the EU 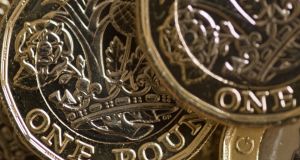 The pound stalled on Thursday and was stuck in a narrow trading range, reflecting uncertainty after European Union leaders extended the deadline for Britain to leave the region until October.

A decision to delay Brexit until October 31st taken at a summit in Brussels means Britain will not crash out of the bloc on Friday without a treaty to smooth its passage.

But with almost no clarity on when, how or even if Brexit will happen, conviction bets on sterling rising or falling sharply remain few and far between and the currency remains stuck just below $1.31.

The immediate advantages for the currency, as well as UK and European equities, include the removal of a near-term, no-deal Brexit.

But that is offset by the prospects of British Prime Minister Theresa May’s replacement, a general election and the threat to the British economy of prolonged uncertainty.

“It isn’t brilliant for the economy, to add uncertainty on top of uncertainty, but (even) more time to prepare for leaving will help, and recent data haven’t really given all that much support to the idea that pre-departure uncertainty is hurting the economy,” Societe Generale currencies analyst Kit Juckes said.

Concern about big swings in the pound have dropped off significantly according to one-month implied volatility, which fell to a seven-month low.

The pound has been stuck this month between $1.30 and 1.32, with less volatility than in earlier periods of Brexit-related uncertainty.

On Thursday it edged higher to $1.3098, while against the euro it slipped marginally to 86.14 pence per euro .

“Going forward, pushing out No Deal risk will support the pound around the $1.3000 level against the dollar but the lack of immediate clarity means that the pound is unlikely to break above the $1.3400 level,” MUFG analysts said in a research note. – Reuters