Brent futures nudge past $60 a barrel, boosted by supply cuts among key producers 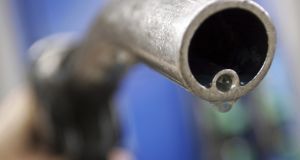 A motorist holds a fuel pump at a petrol station.

Oil prices rose on Monday to their highest in just over a year, with Brent futures nudging past $60 a barrel, boosted by supply cuts among key producers and hopes for further US economic stimulus measures to boost demand.

US West Texas Intermediate crude futures for March advanced 60 cents, or 1.1 per cent, to $57.45 a barrel, the highest since January last year.

Saudi Arabia’s pledge of extra supply cuts in February and March on the back of reductions by other members of the Organization of the Petroleum Exporting Countries and its allies, including Russia, is helping to balance global markets and support prices.

In a sign that prompt supplies are tightening, the six-month Brent spread hit a high of $2.45 on Monday, its widest since January last year.

“I don’t think anybody dares to short the market when Saudi is like this,” he added.

Investors, focused on oil demand recovery forecast by analysts to take place in the second half this year, are overlooking short-term weakness in demand right now caused by anti-coronavirus lockdowns across parts of Europe and Asia, Lee said.

A weaker dollar against most currencies on Monday also supported commodities, with dollar-denominated commodities becoming more affordable to holders of other currencies.

“A weak US jobs report boosted hopes of further stimulus measures,” ANZ analysts said, adding that energy products and industrial metals benefited from an increased appetite for risk among investors.

The US oil rig count, an early indicator of future output, rose last week to its highest since May, according to energy services firm Baker Hughes. – Reuters