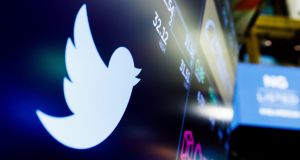 Shares rose on the back of company results but Brexit jitters continued to hit some Irish stocks.

Banks bore the brunt of Brexit volatility on Thursday. AIB shed 2.05 per cent to close at €3.054, while Bank of Ireland slid 3.59 per cent to €4.186. “Both of them were under pressure,” said one dealer, who noted that the lenders’ weakness dragged down the overall Iseq index of Irish shares.

Building materials giant and index heavyweight CRH edged up 0.81 per cent to €32.51.

Paddy Power owner Flutter Entertainment climbed 1.59 per cent to €89.20 as a growing number of investors took a punt on the gambling giant. “It’s getting a little bit more support – people are starting to see the underlying value attributed to Flutter,” one dealer said. Flutter plans merging with Canada’s Stars Group to form the world’s biggest gambling company.

Hotelier Dalata shed 1.63 per cent to €5.42. Brokers said there were a lot of sellers of the stock.

Good results lent extra fizz to Bulmers cider maker C&C’s shares. The company’s stock rose 4.4 per cent to 378.5 pence sterling in London. C&C said that revenues in the rose 13.5 per cent to €874.9 million in the six months ended August 31st.

Glaxosmithkline added 2.19 per cent to 1,719p. The maker of Panadol painkillers and Sensodyne toothpaste reports in dollars, making it an attractive bet as sterling weakened. Lender HSBC added 1.1 per cent to 617.4p for the same reason.

Astrazeneca climbed 5.55 per cent to 7,303p after reporting its fifth straight quarter of profit growth. The Anglo-Swedish drugs maker said revenues in the third quarter rose 18 per cent to $6.1 billion, beating expectations of $5.8 billion, but down on last quarter’s 19 per cent rise. Earnings per share were 99 cent, compared with market expectations of 96.

RBS kicked off the UK bank reporting season with a third-quarter loss. The part-nationalised lender reported pretax operating losses of £8 million for the three months to September 30th, down from £961 million a year ago. Shares closed down 7.8p at 225.9p.

Shoe Zone shares jumped 12p, or 10.1 per cent, to 130.5p after the retailer said it had made “strong progress” despite challenging trading conditions in the second half of the financial year. Revenues at the high street chain rose 0.8 per cent to £161.9 million for the year to October 5th.

Airline Norwegian Air Shuttle soared 25.75 per cent to €4.41. The carrier reported that it made a profit of 2.2 billion Norwegian kroner (€217 million) in the three months ended September 30th, which was its best ever quarter.

Frankfurt shares touched a 16-month high, pushed higher by a 3.4 per cent gain for the world’s largest chemical company BASF after it confirmed its annual outlook even as operating income tumbled 24 per cent in the third quarter.

Daimler rose 3.3 per cent after reporting a slight rise in quarterly operating profit, boosted by sales of Mercedes-Benz cars.

Shares of trade-sensitive automakers and chemical companies, which have taken a toll from a bruising US-China trade war and signs of slowing global growth, rose 1.1 per cent and 0.8 per cent, respectively.

Investors stopped following Twitter after the social media company reported that profits in the third quarter of the year were far lower than expected. By noon in New York, Twitter’s shares had slumped 18.61 per cent to $31.605.

Earlier the company said that net profit in the three months ended September 30th was $37 million, down from $106 million during the same period in 2018 and far short of the $161.5 million expected by Wall Street. Chief executive Jack Dorsey blamed bugs that hit ad sales and poorer than expected demand. – Additional reporting: Reuters

1 Irish people like nothing more than being bribed with their own money
2 Seán FitzPatrick’s new Greystones’ home plan runs into privacy issues
3 GoMo is being investigated by advertising authority
4 Fast-growing frozen food group has a strong appetite for success
5 Exploration group claims shares traded in breach of regulatory rules
6 Pointy sale: How a Google reject built a $160m company and sold it to Google
7 Hogan warns Britain on US trade deal as EU set to impose tariffs
8 Election adds to headaches for AIB boss Colin Hunt
9 The Irish economy is thriving but if you’re not feeling it – here’s why
10 Being in Nama regarded as stigma in UK, O’Flynn tells court
Real news has value SUBSCRIBE