European stocks rise on back of vaccine approval 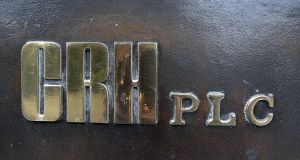 The Iseq stocks index in Dublin jumped on Wednesday to fresh highs not seen since late 2007, before the financial crash, as European stocks rose after a second Covid-19 vaccine won regulatory approval in the EU. In the US, bets rose for bigger US fiscal stimulus as Democrats closed in on a Senate victory.

US drug maker Moderna’s vaccine, which won approval from the European Medicines Authority (EMA) and later the European Commission, is seen as a big boost for European hopes of containing Covid-19.

Meanwhile, Democrats won one US Senate race in Georgia and were leading in another as European trading came to a close, moving the party closer to a surprise sweep in a former Republican stronghold that could usher in larger fiscal stimulus and pave the way for president-elect Joe Biden to push through greater corporate regulation and higher taxes.

Irish market heavyweight CRH powered 7.8 per cent higher to €37.31 on the back of hopes of more infrastructure spending with the Democrats on the cusp of taking control of the White House and both houses of Congress.

AIB surged 6.6 per cent to €1.63 and Bank of Ireland advanced 4.5 per cent to €3.56 in line with a rally by the wider European banking sector, as investors snapped up economically sensitive stocks.

Paddy Power owner Flutter Entertainment gained 2.4 per cent to €175.45, as the company, which has been focusing increasingly on the US, benefited from suggestions from the New York governor that online sports betting would be included in the state’s upcoming budget as a direct response to Covid-19.

Glenveagh Properties edged 0.5 per cent higher to 87.4c as investors mulled a trading update from the house builder.

Banking and energy stocks pushed the Ftse 100 higher as investors bet on more US stimulus and crude oil prices jumped after Saudi Arabia agreed to cut more output than expected.

Lenders HSBC, Barclays and Standard Chartered provided the biggest boost with gains of 8-9.6 per cent.

British baker and fast food retailer Greggs closed higher at 7.8 per cent after it said sales decline had slowed, but warned it did not expect profit to return to pre-pandemic levels until 2022.

HeidelbergCement – a peer of CRH – jumped 4.2 per cent on the back of US infrastructure spending speculation.

Meanwhile, an IHS Markit survey showed economic activity in the euro zone contracted more sharply than thought at the end of 2020 and could get worse as renewed lockdowns hit the bloc’s dominant service industry.

In company news, French artificial heart maker Carmat gained 9.5 per cent after it said it was preparing to start selling its products in the second quarter of this year.

US stocks were ahead in early afternoon trading, with the Dow and the S&P 500 notching record highs as investors piled into financial and industrial stocks on bets that a Democratic sweep in Georgia would lead to more fiscal stimulus and infrastructure spending.

However, increased risk of antitrust scrutiny of big tech companies put pressure on the shares of Apple, Microsoft, Amazon, Google-parent Alphabet and Facebook.