Market has learned nothing and going nowhere 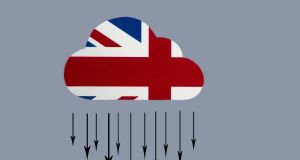 Brexit is no easier to write about than to invest around. Three Brexit-related headlines have crossed the screen since I started typing this paragraph and there are likely to be five more by the time I reach the end. To high-frequency trading, add high-frequency rewrites.

When writing about the London market it is impossible, however, to avoid Brexit. The past three-plus years have trained investors to always view the UK as divided between domestic earners and exporters. Every stock has been labelled either as a hazard or a haven, relative to what is happening in parliament.

That may not seem rational. Companies taking a majority of their income from the UK economy account for about one-fifth of the total London market by value.

Yet even UK-listed companies with no local operations whatsoever are affected, because institutional investors translate sterling market valuations into their preferred portfolio currency. Thus a Brexit multiplier has been attached to every UK-listed stock that will determine instantly whether its reaction to the latest political event will be skittish or staid. No company is left in peace.

So Brexit casts a long shadow. Its broader effects, though, are tricky to measure. FTSE indices, the most commonly cited proxies for the UK market, are so broad as to be mostly useless as gauges of investor sentiment.

Defaulting to the FTSE 250 as a cleaner test of the UK mood, given its greater proportion of domestic revenue, is a common solution that has its own problems.

The mid-cap index excludes domestic bellwethers such as Whitbread and Next while counting the likes of South African bank Investec and US-focused defence group Cobham among its biggest members.

A better way to measure Brexit uncertainty is to split out the UK stocks with a clear domestic tilt – the supermarkets, housebuilders, office developers and consumer finance stocks such as Lloyds Banking Group and Direct Line Insurance – from their opposites.

Comparing one group against the other should give some indication of how optimistic investors are about the country’s current path, as well as giving a few clues about what might happen next.

The headline performance data from this exercise are unlikely to come as much of a surprise. A basket of UK large-cap domestic revenue generators compiled by JPMorgan Cazenove shows a 5 per cent loss between referendum day and Friday morning. The broker’s UK-listed exporters basket is up nearly 26 per cent over the same period.

Moves are rather less dramatic once sterling’s devaluation is accounted for, though the story remains the same. When put in dollar terms, the UK-listed domestic basket is 17 per cent cheaper than on referendum polling day and the exporters have become 7 per cent more expensive.

What might be more revealing is the relative performance: the domestics benchmarked against the exporters. What should emerge is a view of the UK in relation to the rest of the world.

It has, as you have probably noticed, been a particularly noisy fortnight for Brexit news. Progress towards an exit agreement with the European Commission has since last Wednesday triggered a 12 per cent rally (in sterling terms) for the UK domestics. The exporters flatlined over the same period, so the performance gap between the two baskets has narrowed dramatically.

But it was a narrowing from a point of extreme pessimism.

Based on an equal starting point on referendum day, the UK domestic stocks dropped to a 30 per cent discount versus the exporter basket almost immediately after the result was known.

The discount then stuck within a 25 to 35 per cent range for almost all of the three years that followed. It was not until May 2019 that this tight trading pattern broke down, after parliament had voted down the EU (Withdrawal Agreement) Bill three times, and Theresa May, the prime minister, announced her resignation.

What happened next was the aberration. Through the summer, the growing risk of no-deal pushed the discount given to UK domestics relative to exporters as wide as 45 per cent.

The market’s rally over the past fortnight has squeezed that gap back to around 30 per cent, which makes it nothing more than a reversion to the mean. We are back exactly where we started.

All of which draws us towards a dispiriting summary. The price UK equity investors have put on the myriad Brexit outcomes and uncertainties has barely budged since the summer of 2016. Notwithstanding the daily barrage of headlines, we have spent the past three years learning nothing, and going nowhere. – Copyright The Financial Times Limited 2019