BMW, Honda and Jaguar Land Rover all scheduled downtime during April, following government advice to prepare for a no-deal Brexit 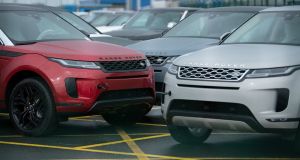 Jaguar Land Rover is to shut its factories in Britain for the month of April.

Several of the UK’s largest carmakers are being forced to press ahead with plans to shut their plants in April in spite of a possible delay to Brexit, leaving them with idle factories at a time when they should be producing cars to sell to Europe while Britain still enjoys unfettered access to the market.

BMW, Honda and Jaguar Land Rover all scheduled downtime in their factories during April, following government advice to prepare for a no-deal Brexit scenario.

But a possible delay to the date – voted for by MPs on Thursday evening – leaves the carmakers with empty plants during the crucial months, while leaving them facing the prospect of the same disruption they were hoping to avoid if the UK does leave without a trading agreement later in the year.

“The worst case scenario is a short extension that tears up [the] parachute while throwing us off a new cliff edge,” said a senior executive affected by the delay.

It is the latest disruption to befall UK carmakers, who have been stockpiling additional parts from the EU for months in preparation for a disorderly exit from the EU at the end of March.

Many of them are unable to move the dates because of workforce holidays, and contractors at the sites doing repair and maintenance work while they are closed.

BMW, which owns a Mini plant in Oxford, an engine site at Hams Hall, metalwork facility in Swindon and the Rolls-Royce Motor Cars factory in Goodwoon, has moved a planned summer shutdown of two weeks on to its existing Easter closures, giving close to a month of downtime at its sites.

Rolls-Royce Motor Cars chief executive Torsten Müller-Otvös said it would be “impossible” to move the date of the BMW-owned brand’s shutdown at its Goodwood facility.

“We have pulled forward refurbishment work for our paint shop, maintenance work, everything,” he said at the Geneva Motor Show last week.

“Everything that normally happens in August is pulled forward to April, and I can’t cancel that overnight, it’s impossible.”

He said a “short delay” to Britain’s departure would be a “worse result” for the company than leaving on March 29 as planned.

A spokesman for BMW on Friday said it is continuing to “prepare for the worst-case scenario, which is what a no-deal Brexit would represent”.

He added: “In order to prepare for a postponement of Brexit, the BMW Group is currently examining various scenarios.”

A spokesman for JLR said there were “no plans” to move a planned two-week shuttering of its four UK sites, which include three assembly plants and an engine factory.

A spokesman for Honda, which planned a six-day shutdown, said: “The planned non-production days in April are part of a broad set of contingency measures and are linked to planned production schedules, which cannot be easily changed.

“Any extension of Article 50 must be purposeful and long enough to give business stability.”

Bentley, which is owned by Volkswagen, previously said it may shut for a week, which it would do by reducing shift numbers rather than by moving its summer downtime. Chief executive Adrian Hallmark said on Friday that it no longer planned a shutdown, but may reduce production rates by around a fifth for a month following Britain’s departure. – Copyright The Financial Times Limited 2019