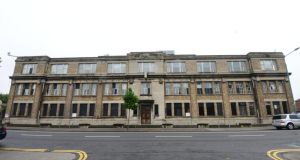 The original developer of a prime Dublin site with room for hundreds of new homes is close to taking back control of the property from State agency Nama.

It is understood that the borrowers, led by Ciaran Larkin’s Bee Bee Developments, are close to raising the cash needed to clear the debt and retake control of the site, which once had planning for more than 750 homes.

Such a move would spark further speculation over the future of one of the last remaining sites close to Dublin’s centre that has the scope to hold hundreds of homes and help ease the capital’s growing housing crisis.

Mr Tennant and Mr McCann appointed estate agents Savills to find a buyer for the site and reports earlier this year named various property players as likely purchasers, but no deal has been done.

In the meantime, the site’s value has increased to the point where it is thought likely to exceed the €90 million to €100 million that Bee Bee and building company, PJ Walls, are said to owe since buying it more than a decade ago.

Mr Larkin is thought to be close to raising the cash needed to pay off the loan to Nama, in which case the developer would regain control of the Player Wills site from the agency’s receivers.

Nama chief executive Brendan McDonagh recently indicated to the Dáil’s Public Accounts Committee that it was open to the developer to pay off the loan.

“The situation on that site now is that the valuation could be in excess of the debtor’s par debt and the debtor could have equity in the site,” Mr McDonagh told TDs.

This would be among the first instances where a Nama debtor’s property’s value has exceeded the original loan amount.

He also confirmed that Nama had once considered developing the site in a joint venture, but those plans fell through, prompting the agency to put it on the market.

Should Mr Larkin not raise the cash needed to repay the debt, it would still be open to Mr Tennant and Mr McCann to sell the site.

The property, in a settled residential area on Dublin’s southside, includes the adjacent Bailey Gibson land and measures about 3.3 hectares.

Dublin City Council originally granted permission to the developer’s company, Players Square, to build 754 apartments, along with offices and shops, there in 2008.

This lapsed in April and no one has since sought permission to build there, despite reports suggesting that an application was imminent earlier this year.

“The fear is that it would be same as the other applications that we have seen for this area, which would just be student accommodation, which just does not address the city’s needs,” Cllr Moynihan said.

She hosted a meeting for residents to discuss the site’s future earlier this week.

1 ‘Life in Vilnius reminds me of Ireland in the 1990s’
2 Boeing identifies new software flaw in grounded 737 Max
3 Whiskey a go go: sales top $1bn in US
4 Election adds to headaches for AIB boss Colin Hunt
5 Qualcomm shares soar on surprise legal settlement with Apple
6 The Irish economy is thriving but if you’re not feeling it – here’s why
7 Roll up, roll up: capitalism will drive cannabis legalisation in Ireland
8 Uniphar retail margins ‘subbornly low’, shareholders told
9 Real price of cheap credit? Unaffordable homes
10 Explaining sudden arrival of €20,000 in my bank account
Real news has value SUBSCRIBE