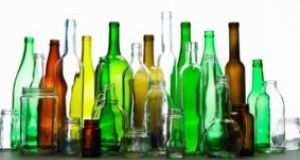 Ardagh Group, the Irish-led glass and metal containers group that floated in New York earlier this year, warned that a recent dip by the dollar against the euro is likely to shave €30 million off its full-year earnings.

The company, led by Irish financier and chairman Paul Coulson and his chief executive officer Ian Curley, said it now expects full-year earnings before interest, tax, depreciation and amortisation (ebitda) to come to €1.37 billion, down from €1.4 billion previously. This follows a drop of about 10 per cent in value of the US currency to $1.16 since the end of March.

The new guidance comes as the group’s ebitda rose 48 per cent in the second quarter to €379 million, driven by its recent $3.42 billion (€2.92 billion) acquisition of a beverage cans business that was sold by US rival Ball Corp and the UK’s Rexam as the latter two companies sought to appease competition authorities under their own merger.

Earnings for three months, the first full quarter for Ardagh as a listed company on the New York Stock Exchange, were €4 million ahead of analysts’ expectations.

Ardagh raised more than $350 million through its initial flotation in the middle of March by selling less than an 8 per cent stake in the business to new investors. The group has used the money as well as cash to pay down $750 million of debt so far this year.

The group’s €6.96 billion debt level at the end of June stood at 5.1 times ebitda, down from 5.3 per cent in March. Ardagh’s move to refinance billions of euros of debt over the last two years has seen its average rate fall to less than 5 per cent from over 7 per cent, Mr Coulson told analysts on a conference call on Thursday afternoon.

Mr Coulson, who owns a 33.5 per cent stake valued at $1.8 billion following the share sale, had been planning a flotation of Ardagh since at least 2011, having taken the company private in 2003, a year after closing its original Ringsend bottle plant in Dublin.

Ardagh subsequently spent €7.5 billion on acquisitions on both sides of the Atlantic, turning itself into one of the world’s largest glass bottle and metal container makers, with customers ranging from Heineken to John West and L’Oréal.

The company recorded 58 per cent year-on-year revenue growth in the second quarter to €2.02 billion, though the rate was 1 per cent when the Ball-Rexam assets were included in the year-earlier calculation.