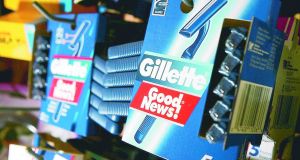 Billionaire investor Nelson Peltz disclosed on Monday that he was seeking a board seat at Procter & Gamble, setting up one of the biggest showdowns between an activist shareholder and a corporate titan. It is yet another sign of the growing power of top activist investors, who have successfully challenged ever-bigger companies into changing their corporate strategies, profiting along the way.

Trian disclosed in February that it had taken a $3.5 billion stake in the company.

The consumer goods giant, whose products include Crest toothpaste and Gillette razors, has struggled in recent years to win over Wall Street analysts worried by increased competition and declining market share, particularly in the United States. The company has sought to markedly slim down, announcing in 2014 that it would cut about 100 brands.

In a statement Monday, Procter & Gamble said it had held “an active and constructive dialogue” with Trian. The company also said that its board was “confident that the changes being made are producing results, and expresses complete support for the company’s strategy, plans, and management”.

Over the past five years, Procter & Gamble’s stock price has lagged the Standard & Poor’s 500 index, which rose 81.5 percent compared to the company’s increase of almost 34 percent. Sales at the consumer-products conglomerate have declined during the past four years, and the company has cycled through three chief executives in eight years.

Trian said Monday that it was not seeking to break up Procter & Gamble, a well-worn tactic of activists. Nor was it seeking to replace David Taylor, who has been the company’s chief executive for less than two years.

If Peltz is elected, Trian said, the firm would renominate the director who had been defeated, effectively expanding Procter & Gamble’s board by one seat.

Although Procter & Gamble has introduced several initiatives aimed at bolstering its stock price, Trian has argued that they do not go far enough. – Copyright New York Times 2017