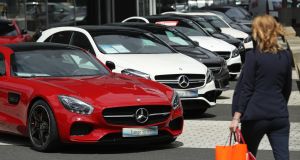 Over a century after Rudolf Diesel died in mysterious circumstances, a growing number of Germans believe the engine that still bears his name is about to meet its maker.

In 1913, a decade after Diesel’s first successful test of an invention that changed the world, the German engineer found himself an emotional and financial wreck. Before boarding a boat from Antwerp to Harwich in October 1913, he told friends: “I have major worries. I don’t know how I can overcome them all.”

The next morning his cabin was empty, his bed untouched. His body was later fished out of the sea. A century on, no one knows if Diesel’s death was a suicide or an accident. But the looming death of his engine no longer seems fanciful, nor is its probable cause mysterious.

That bodes ill for Germany’s auto industry, a foundation stone of the country’s prosperity and, like never before, dependent on the diesel engine. As that technology stalls, German auto makers, to echo Rudolf Diesel, have major worries and don’t know how they can overcome them all.

And their worries are shared by their 800,000 employees and millions more whose jobs hinge on the car industry – not to mention millions more around the world.

What began in 2015 as Volkswagen-gate – revelations that secret software meant VW cars only passed emissions limits in a test lab but not on the street – has now turned into a slow, industry-wide meltdown.

With around 11 million of its own VW models affected by cheating software, other group brands like Audi and Porsche are also under investigation.

And, on Thursday it was reported that Daimler in the last decade sold around one million cars it knew emitted more harmful nitrogen oxide (NOx) than permitted by law.

Last May, raids on the firm’s Stuttgart headquarters secured files suggesting Daimler OM 642 and 651 motors – fitted in the Mercedes C, E and R class – filter out up to 99 per cent of NOx on test ramps,but as little 35 per cent on the road.

Two Daimler employees are under investigation but investigators are confident they will soon turn up a wider web of fraud.

After the VW revelations, Daimler chief Dieter Zetsche insisted that “exhaust values are not manipulated by us”. But, honestly, does anyone still believe German car executives?

Across Germany, politicians, once bitten, are now twice shy. They fear that, for too long, Rudolf Diesel’s heirs channelled their ingenuity in the wrong direction. Instead of concentrating on securing a German lead in 21st century e-mobility, the car industry tricked its customers and lobbied the authorities to push into extra time their dirty-but-profitable 20th century business model.

Such doubts prompted a remarkable intervention during Leo Varadkar’s first European summit as Taoiseach last month. Chancellor Angela Merkel, Germany’s most effective auto lobbyist, warned other leaders that her country’s car industry in its current form does not have a good chance at survival. Though not referring directly to the diesel scandal, she said the challenges posed by new competition in the US and China had hit a weakened industry.

In the rear view mirror is US electric mobility innovator Tesla. Up north in Sweden, Chinese-owned Volvo has just announced it will begin a two-year farewell to the traditional combustion engine in 2019. Even in Germany’s cities, the once proud Mercedes monopoly of the taxi trade has been cracked open by the Toyota Prius hybrid.

And German mayors could provide the next blow to the auto industry. Some 17 cities are poised to impose bans on diesel cars in their inner cities, a drastic step to reduce air pollution. The alternative is to face multimillion euro fines for breaching EU environmental law.

Next Wednesday the state administrative court of Baden-Württemberg will rule on Stuttgart city plans to ban all but the newest diesel cars from the streets of Daimler’s home town.

Another verdict looms in the autumn at Germany’s highest administration court. If the planned bans are upheld, the majority of German diesel drivers will be banned from the streets of Berlin, Düsseldorf, Mainz, Frankfurt, Essen, Aachen and many more.

German motorists and businesses are alarmed, unsure of how they will get to work or do business in a year’s time. Secondhand diesel car sales have slumped and political alarm bells that began ringing two years ago are now clanging urgently.

Until now, VW and other car makers have been more relaxed about their liabilities in Europe than in the US. Unlike the US, European consumer law does not grant automatic compensation to owners of manipulated cars. But will that line hold?

Last month, a German court found VW guilty of “fraudulent deception” and ordered the firm to buy back a Passat, at a discount, from its owner. VW declined to appeal, insisting the case is a one-off, but further rulings in this direction could be a massive financial burden.

And even if German courts dismiss a buy-back option for VW owners in future, they could order auto companies to go beyond the “voluntary” fixes offered to date.

A full exhaust retrofit of diesel cars on German roads could cost up to €10 billion in Germany alone, according to a report by one state environment ministry – a massive loss of funds that would no longer be available for electric engine research.

After an emergency meeting of state premiers and car-builders last week, German politicians will interrupt their summer holidays to attend a “National Diesel Forum”. On the agenda: ongoing uncertainty over software fixes and engine retrofits – in particular who carries the financial cost if diesel emission fixes cause engine damage.

For German environmental lobbyists, who feel they have the auto industry on the run, it’s payback time. For decades, they watched car companies find ingenious ways around emissions laws, by lobbying lawmakers to accept lab tests rather than on-road realities. Now, the green groups say, German car giants are choking on their own exhaust fumes – and EU environmental law.

Cars contribute 40 per cent of nitrogen dioxide in cities, according to an EU study, which sees a link between the rise of NOx pollution and the rise of the diesel engine.

Boosted by cleaner diesel promises, and state subsidies, Germany’s diesel vehicle segment jumped from 11 per cent in 1990 to 48 per cent in 2015. Now, just two years later, that market share has slumped to around 40 per cent with similar drops all over Europe.

Smelling blood, German environmental groups say they are ready to fight the country’s powerful auto lobby: not just on the 40 per cent of German diesels with the older Euro5 diesel norm, but also newer models with the Euro6 norm.

But claims like that cause auto industry analysts to fly into a rage. Prof Ferdinand Düdenhoffer, a leading car analyst at the University of Duisburg, says Euro6 diesel engines don’t meet NOx limits in 90 per cent of cases.

“Wissmann knows that and remarks like that just damage further an industry already suffering a credibility problem,” he said.

For him the Euro6 standard is a “pig in a poke” while even the ADAC, Germany’s equivalent to the AA, has warned its members to hold off buying a car until the autumn. By then, the successor Euro 6D models, which have undergone more stringent, on-road tests, come on the market.

Once they have finished with nitrogen oxide, German environment groups plan to turn their attention to a similar glaring gap between test and real-world carbon dioxide emissions in petrol cars.

For Prof Dudenhöffer, the diesel scandal is a “Made in Germany” mess, involving an auto industry that preferred to manipulate rather than innovate, in cahoots with politicians who ignored warnings over the gap between emissions tests and reality.

“Our politicians thought that by defending the car industry, they could generate jobs when now the opposite is the case,” he said. Now it’s all fallen on their toes.”

These are bleak days for Germany’s car industry, but even critical observers like Prof Dudenhöffer are optimistic that German companies can save themselves. But they are rapidly approaching the last exit for the e-mobility autobahn. And if they go off the road, Germany follows.

“Diesel is dead,” he said. “And the sooner Germany car companies admit that, the quicker they can focus on the future.”