Leverage of group unaffected by this intended financing 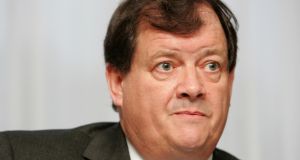 Paul Coulson, who effectively owns 33 per cent of Ardagh.

ARD Finance, which owns 92 per cent of Ardagh Group, said it will use the proceeds from the debt sale to redeem $399 million of payment-in-kind notes that carry an 8.75 per cent interest rate, €845 million of marginally cheaper so-called senior toggle notes and a further $770 million of similar securities. All the debt being refinanced was due to mature in 2023.

Leverage of Ardagh Group is unaffected by this intended financing, with its parent company debt maturities extended from 2023 to 2027 as a result of the planned transaction.

The group reported last week that it recorded earnings before interest, tax, depreciation and amortisation (Ebitda) of $424 million in the third quarter, up 6 per cent on the same period a year ago, led by gains in its European glass packaging and Americas metal beverage packaging divisions.

Ardagh recorded revenue of $412 million in its European metal beverage packaging business in the third quarter, down 1 per cent versus the same period a year ago. Turnover at its American beverage packing division was up 5 per cent to $465 million.

The company’s European glass packaging business recorded a 1 per cent decline in revenues to $414 million, while the US division saw turnover rise 1 per cent to $438 million.

Ardagh, which is effectively 33 per cent owned by chairman Mr Coulson, also recently completed a deal to fold its food and speciality business into a joint venture called Trivium, controlled by Ontario Teachers’ Pension Plan Board. Ardagh received $2.5 billion in cash as part of the transaction as well as a 43 per cent stake in Trivium.