Nissan seeks to turn the corner with new appointments 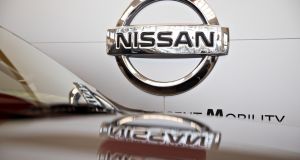 Nissan overhauled its top management a month ago, adopting a collective-style leadership.

Nissan Motor unveiled the responsibilities of its new top managers, appointing a new chief financial officer and making other executive moves as the Japanese automaker seeks to turn a new page almost a year since the arrest of former chairman Carlos Ghosn.

Stephen Ma, corporate controller and former chief financial officer of Nissan’s China joint venture, will take over as CFO from Hiroshi Karube, the Yokohama-based company said in a statement Friday.

Nissan overhauled its top management a month ago, adopting a collective-style leadership aimed at moving past the outsized influence that Ghosn was seen to have had over Nissan and its alliance with top shareholder Renault SA.

Ashwani Gupta was appointed chief operating officer, and Jun Seki as deputy COO. The three face monumental challenges as they seek to restore profitability at a decade low while competing in an era of transition to electrification and autonomous vehicles.

“Nissan needs to review its relationship with Renault, rebuild its US business, restructure, speed up new car development and restore overall profitability,” said Koji Endo, an analyst at SBI Securities. “That is the responsibility of this troika.”

Gupta’s responsibilities will include production and processes, while Seki will oversee performance recovery, future mobility and other areas, Nissan said. Christian Vandenhende, an executive who joined Nissan from Renault, will continue as chief quality officer in charge of customer satisfaction.

Uchida and Gupta will also formally join the board, while acting CEO Yasuhiro Yamauchi will remain as a director. Karube, former CPO Philippe Klein and Hitoshi Kawaguchi, head of government affairs, will leave the board, Nissan said. All of the appointments are also effective from December.

Ghosn led Nissan and Renault for years and held their two-decade partnership together until his arrest last November on allegations of financial misconduct, which he has denied. His downfall exposed shoddy corporate governance at Nissan and brought long-standing tensions between the automakers to the fore. – Bloomberg