Lucky credit union staff, the Elysian Tower sells and a Dromoland in Dublin? 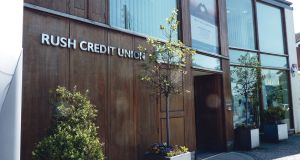 The failure of Rush Credit Union led to redress of €450,000 for people who disputed the amounts taken from their accounts in relation to a prize draw for a car. Photograph: North County Leader

A Central Bank review of credit unions has found that, in roughly 30 per cent of those that operated prize draws between the end of 2014 and early 2017, staff and directors won prizes. Peter Hamilton has the details on the story, including the fact that some featured prizes in the raffles were cars.

Dromoland Castle, the five-star Clare estate beloved of wealthy Americans, is looking at putting a toe in the Dublin market, Mark Paul writes today. In a wide-ranging interview, Dromoland managing director Mark Nolan reveals that the brand would consider going it alone or entering a partnership in the capital. The estate is also spending €20 million on an upgrade of its iconic Clare property.

Many tributes have been paid to Pearse Lyons, the Irish-born and US-based agribusiness billionaire who died yesterday. Mr Lyons was described by Minister for Agriculture Michael Creed as “ a leader and a visionary” in the world of innovation.

Also choosing to wait is Virgin Media-owned TV3, which, as Laura Slattery reports, has put the brakes on a plan to rebrand its channels.

Barry O’Halloran writes meanwhile that Kennedy Wilson, the US professional landlord, will pay about ¤95 million for Ireland’s tallest building, the Elysian Tower apartment block in Cork, which it is buying from private equity fund, Blackstone.

In his Caveat column, Mark Paul considers claims this week of massive chef shortages in Irish restaurants. He asks whether the problem might be more of a broken industry than a broken recruitment process.

And on the subject of staff retention, Olive Keogh looks at recognition programmes that acknowledge employees’ contribution to the workplace in a formal way, to the benefit of both manager and worker.

Like many others, John FitzGerald’s mind this week is on GDPR, the forthcoming data protection regime that is likely to prompt at least some upheaval across multiple areas of the economy. Dr FitzGerald looks at the issue from the perspective of academic researchers, urging data protection authorities to look at how the Scandinavians handle access to research data.

And finally, this week’s Wild Goose is John Mark Clancy, a Moscow-based engineer who literally drives home for Christmas to Meath every year, bringing back vats of Irish butter, much to the bemusement of Russian border guards.

Stay up to date: sign up to our business news alerts here.