Why not adopt a ‘Nobel Prize for Innovation’ and create a better way for investors to price a firm’s innovation efforts? 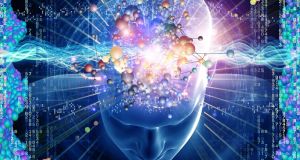 Mind matters: without access to top entrepreneurial talent, struggles with innovation could lead increasing numbers of companies with the capacity to make a huge impact to give up

It was a week before a big innovation conference in Australia in which I was set to debate the negative side of the question: “Would innovation make the world a better or worse place in 2050?”

We’d been asked to wear clothes that represented artefacts from the future. A quick wardrobe check confirmed that wasn’t going to happen. So instead I asked my kids to help out. I asked them each to draw a picture of what they thought the world would be like in 2050.

My two-year-old son, Harry, valiantly contributed a range of squiggles, which I suppose represented waves of karmic energy. Since I couldn’t tell if it was good energy or bad energy, I turned next to the submission from my soon-to-be-six-year-old daughter, Holly. She had drawn an arrow with flowers on it. A positive view, for sure. My eight-year-old boy, Charlie, had drawn two pictures.

The first, it did not surprise me, was of a man in armour that was a bit of a mashup of Iron Man and Spiderman. His second picture gave me pause, however. It showed a house surrounded by a high-security fence. Planes buzzed overhead, and a bomb was exploding in the sky. One of the planes looked suspiciously like the kind of drones that are dropping bombs across the Middle East and Asia.

This was innovation all right – an innovation-induced wasteland. It was a darker view of the future than I had ever hoped my son would have, and it certainly got me thinking about how to make the negative case during the debate.

Certainly, innovation has the potential to run amok, and enable governments, other institutions, and individuals that want to do bad things to do worse things. But as I kept thinking about the less obvious harm technology could do, the one possibility that really got me worried was the unstoppable rise of what I will call the “advertising/narcissism complex”.

The world suffers from big problems: How can we feed the 10 billion people who will inhabit the Earth in 2050? How will we deal with the impact of climate change? Will we address rising income inequality? Can we make health care more accessible and affordable?

Large-scale problems require large-scale solutions, and large companies have the capacity to make meaningful progress on these challenges. But they need highly skilled innovators to lead those kinds of innovation efforts. The high salaries investment banks offer draw talented scientists and engineers to figure out ever more complex financial instruments that don’t advance any particular social purpose.

There is a similar risk that the entrepreneurial energy surging through big companies will not be marshalled toward finding better solutions to important problems but rather will get sidetracked into finding ever more inventive ways for people to merely tell the world what they are doing and thinking by the second, and into finding more sophisticated ways to sift through data to hyper-target advertisements to would-be customers.

The rewards of doing that are clear. Consider the praise heaped on David Karp, who sold his six-year-old start-up, Tumblr, to Yahoo! for $1 billion. Or look at the combined $150 billion valuation placed on Facebook and Twitter.

While those companies surely have significant utility, and are credited with playing vital roles in the Arab Spring, what about the next wave of sharing sites like Pinterest, Snap Chat, and Instagram? And the waves that will inevitably come after that? Without access to top entrepreneurial talent, struggles with innovation could lead increasing numbers of companies with the capacity to make a huge impact to give up. How much less risky does it feel to embattled executives charged with innovating to instead follow along with the prevailing trends?

The thought gives me chills. But what can be done? Getting beyond the obvious isn’t easy (that is, that corporate leaders should make their organisations hospitable to high-impact innovation, and pundits should balance breathless praise of quick flips with equal, if not more, attention paid to the long-term impact that innovations have). What if we thought bigger? Here are my two suggestions.

Nobel Prize for Innovation
First, what if we created something that had the prestige of the Nobel Prize for innovation, and award it to an entrepreneur who commercialises a world-changing idea? There are a variety of “most innovative” company awards that are fairly well publicised, but not a high-profile one that celebrates the important role of the individual.

Perhaps the Bill and Melinda Gates Foundation or the Clinton Global Initiative could fund the award, with support from world-leading academics like Clayton Christensen and Rita McGrath. Even more radical, what if investors demanded that companies report how much they are investing in innovation and the risk-adjusted value of their innovation portfolio?

Right now, the best measure of investors’ views of a company’s innovation capacity is Forbes’ innovation premium, which estimates “the premium the stock market gives a company because investors expect it to launch new offerings and enter new markets that will generate even bigger income streams”. Since what gets measured gets managed, and we know that innovation is key to a company’s long-term success, why shouldn’t investors get a better view into the innovation efforts of the firms they back? Not only would this force leaders to focus on innovation, but it would show top talent where to go to have the greatest impact. Realistic assessments of what can go wrong are helpful tools to highlight seemingly invisible mines standing in the way of success. What else can we do to avoid Charlie’s Innovation Wasteland?