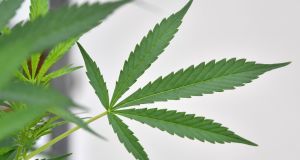 Demand for loans under the Government’s €2 billion Covid-19 credit guarantee scheme has been muted since it was launched almost five weeks ago, with businesses having only applied for €100 million of fresh credit, The Sunday Times reports.

The newspaper cited Banking and Payments Federation Ireland figures as saying about 1,500 companies have applied for just over €100 million of loans. The scheme, a centrepiece of the Government’s €7.5 billion July stimulus plan, is set to run out at the end of this year. The low uptake suggests businesses are reluctant to take on fresh debt in uncertain times.

Greenlight was founded in 2014 and develops plant-based medicines with the aim of ultimately bringing treatments to the market for conditions such as multiple sclerosis, glaucoma, arthritis, epilepsy and various cancers. Synbiotic has an option to increase its stake in the business in the future, the newspaper reports.

US real-estate giant Hines is lobbying South Dublin County Council to pave the way for the building of up to 1,000 apartments beside the Liffey Valley Shopping Centre in west Dublin, the Sunday Business Post reports.

The shopping complex is owned by German pension fund Bayerische Versorgungskammer but is managed by Hines. The US company is looking for a new development plan, which will cover 2022 to 2028, to permit any area zoned a “major retail centre” to also allow in principle for some residential development.

German discount retailer Lidl, which employs over 5,000 across its network of 163 stores in Ireland, plans to hire an additional 400 people as part of a €250 million expansion plan over the next two years, the Sunday Independent reports.

The figure is in addition to the 400 jobs Lidl said it would create in March as it dealt with a surge in demand for groceries at the onset of Covid-19. The new roles will be created in an expanded regional distribution centre in Mullingar as well as in new stores it plans to open.

The project to build a wind far with capacity for up to a 72 megawatts (MW) of power, enough to power up to 48,000 homes, follows on from the two companies announcing plans in May to develop a 60MW wind farm in Co Donegal.