Taking time and cost out of generating sales leads 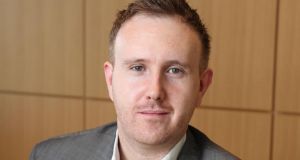 Outbound founder Paul Hennessy is a pilot by training who turned to his second love, technology, when flying jobs were scarce during the recession.

Sales teams can spend a great deal of time chasing leads that go nowhere and Paul Hennessy experienced the problem at first hand when running what was then his fledgling business intelligence company.

Recognising that there was more growth potential in a solution that could crack lead generation than in developing bespoke software, Hennessy ditched his original business idea and turned his attention to developing Outbound, a B2B lead generation service which was launched in March.

“What’s different about Outbound is that it gives instant access not only to a company’s ideal customer, but also to a contact with proven digital activity – based on real data – related to their particular product or service,” Hennessy says.

“We cover all industries but with an emphasis on the global tech, pharma, medical and financial sectors. Our platform will increase the effectiveness of sales teams and reduce lead conversion times. It will also eliminate traditionally expensive lead generation costs and enable companies to drastically increase conversion rates.”

Outbound constantly collects and updates data from multiple sources including LinkedIn, Twitter and Facebook to populate its live database, and companies that sign up to the service pay €600 for the starter package which gives them access to 300 contacts a month and to a suite of features and functions. The top-end package costs €2,000 a month and this buys 1,000 contacts and additional features such as sales pipeline automation and data analytics. Companies can interrogate the system to get at specific niches and Hennessy says it will lead them to the validated current contact details of key decision-makers.

Outbound was set up in June 2016 and its service is aimed at companies with a minimum turnover of €1 million. However, Hennessy says it’s best suited to large organisations turning over more than €10 million a year with big sales teams that cost a lot to run: “Lead generation is a notoriously expensive process both in time and money and inbound digital leads cost between €14 and €79 each, with up to 71 per cent of that wasted. From our research with sales decision-makers we know that 93 per cent need lead generation and 64 per cent struggle with existing data accuracy and collection.

“Companies typically pay outbound sales or business development professionals €30,000-€80,000 to generate minimal lead targets depending on the industry, service or product. Our system can provide leads for as little as €1.50 per contact.”

Hennessy is a pilot by training who turned to his second love, technology, when flying jobs were scarce during the recession. He has a master’s in computer science and has done all of the software development for Outbound himself. His company now employs 11 people.

“Having used a lead generation company, I knew all about the shortcomings,” Hennessy says. “The results we got were poor, the data was highly inaccurate and it didn’t match our target market. I thought it had to be possible to do a better job. What nailed things down for me was going on the New Frontiers phase two programme at DIT Hothouse and deciding to pivot from my original idea and to start building the Outbound platform. Within a few weeks it was obvious it was a great opportunity. We got assigned some brilliant mentors from New Frontiers and they helped us ensure that our platform is globally scalable and provides real value to customers.”

Hennessy has self-funded the development of Outbound to the tune of €80,000 so far. This does not include a cost for the time he spent on software development. He is now looking to raise €1 million in two tranches to build out his team, start the next phase of product development and fund an aggressive sales and marketing campaign.