Good mentors can help entrepreneurs challenge assumptions about their firms 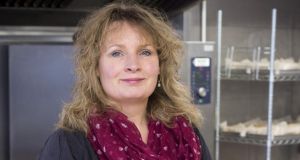 Good mentors will challenge your cosy assumptions and make your business stronger in the process. It’s the reason so many start-ups hand over sizeable stakes in their businesses to experienced business people prepared to lend a hand.

In 2014 Sue and Tom Fehily set up the Wildberry Bakery and cafe in West Cork. It didn’t take long for locals to get a taste for their products and for word to spread. In no time at all the couple were getting approaches from restaurants and shops that wanted to buy from them.

As the volume of orders grew, production space became a problem and the company’s mentor, food adviser James Burke, made a radical suggestion: close the cafe and use the space to focus on the bakery alone. This was a significant decision for the couple to make, but Burke wasn’t finished. He also advised them to ditch wheat flour and go completely gluten-free – another big step for a fledgling bakery. (They now have a second bakery, for floury products.) The Fehilys took Burke’s advice and have not looked back. Their turnover has jumped by more than 200 per cent, albeit from a small base, and employment is set to rise from two to four.

A pivot or a major rethink is a big deal for a start-up and not to be undertaken lightly. However, if something is not working or is stretching the model too far then a mentor who can see another viable approach can be invaluable.

“James’s suggestion to close the cafe made complete sense but it was still a massive decision because we were cutting off what was then the majority of our income,” Sue Robbins Fehily says. “But we trusted his experience and haven’t put a foot wrong since he’s been advising us. He’s very good at asking the relevant questions and teasing out the ‘what ifs’ of different decisions.”

Changes don’t always have to be radical as those Burke suggested for the Fehilys. “Sometimes it’s more about what’s logical and obvious, but entrepreneurs are so focused on one thing that they don’t see it. They actually miss the piece of the jigsaw that might unlock the door to making millions,” says Burke.

Hugh O’Byrne is a mentor with Enterprise Ireland and also involved with the Plato business network which supports start-ups. Prior to taking early retirement he was a vice-president with IBM and responsible for a multibillion digital sales operation based in Dublin. O’Byrne is a mentor to Paul Hennessy, founder of Outbound, a B2B platform focused on increasing sales conversion rates and eliminating high lead generation costs.

“We started off developing custom business intelligence and automation solutions and this had started to generate sales and revenue, but then we realised that building a SaaS [software as a service] product was a much better option,” Hennessy says. “Hugh’s experience in sales has been of huge benefit as he has brought a very focused approach to the whole sales and marketing process. He is genuinely interested in my business, very engaged and has really gone above and beyond.”

One of the things O’Byrne believes he brings to the party is discipline, especially around the sales process. “IBM was very big on conversion rates and very thorough throughout the sales chain,” he says. “It was also a very structured environment and I try to bring elements of that to the start-ups I mentor. I encourage them to have a road map, to agree to certain milestones, to have clear market segments, to know exactly who’s going to buy their product and to stick with the sales process every step of the way. It’s easy to get carried away and start adding functionality – because you can, not because someone will buy it. I see my job as asking the pertinent questions.”

Bob Montgomery is a 48-year veteran of the bus industry and a former chief executive of Dublin Bus and Stagecoach in the UK. He is currently managing director of the Riyadh Public Transportation Company and an adviser to Alan Farrelly and Brian O’Rourke, founders of transport solutions company CitySwifter, which recently pivoted from a B2C to a B2B model.

“Alan and Brian explained their feeling that there was more potential in a B2B model supplying a data service to operators rather than in actually operating buses themselves,” Montgomery says. “I understood that and could see a number of opportunities within Stagecoach where I was MD at the time. I welcomed letting them loose on our data to see if they could give us new insights and development opportunities. Before we could turn that into reality I left to pursue other interests but we kept in touch and began to explore how they could add value to traditional bus operators and take that forward.

“It was clear from the first meeting that they had a refreshing approach to the market and that their timing was perfect, as the industry needed to embrace a digital future both in terms of optimising its cost base and growing demand,” Montgomery adds.

“I didn’t set out to mentor a start-up. I just met two personable, enthusiastic Irish guys with an interest in the bus industry and a feeling that buses could be run better if all the relevant data was analysed and used properly. I was happy to share my experience and see them making good use of it to make things possible that I would love to have done 30 years ago if only we had had access to big data.”

Harry Largey (ex-sales and marketing director at Microsoft Ireland) has spent the last 12 years helping high-growth start-ups as a mentor and investor. He also has personal experience of starting a business.

“Entrepreneurs typically have a lot of passion for what they’re doing and it’s good for that to be healthily challenged,” he says. “I also like to suggest alternative pathways and get people to consider if they’re in the right niche – B2B when they should be B2C, or vice versa.

“I think I help companies to introduce rigour into their sales discovery process, to filter out the ‘noise’ of competing opinions and to become aware of costs. A lot of the time they really don’t know the true cost of customer acquisition and are optimistic about how much a customer will pay and how long it will take to bring them on board. Some organisations move at the speed of glaciers and break your heart in the process.”

As with most relationships, not all mentors click with their companies and it may take more than one try to find a good fit. Some mentors take stakes in the companies they help but here is no hard-and-fast rule. James Burke has made a decision not to invest, Hugh O’Byrne has invested in one company and Harry Largey has invested in five.