Dick Ahlstrom: Why Ireland has a bad reputation for research 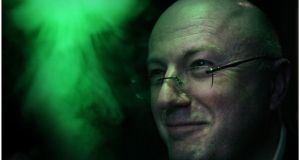 “Give a dog a bad name” is an apt way to describe Ireland’s early engagement with the European Research Council (ERC), a key funding body within the EU’s Horizon 2020 research budget.

We had the right to apply for funding but we paid scant attention to its programmes, applied in small numbers and, too often, the quality of application fell far short of what was needed to win funding from this prestigious body.

It didn’t take long for the numbers to go bad for us – the low application rate, the low numbers receiving grants and the poor percentage success rate as a proportion of total applications.

To the alarm of Government officials here, word started to get about that Ireland was a nice place to visit but not if you want to do real research.

The negativity related to our engagement with the council represented a highly distorted view of what was really going on with research in Ireland.

Our research community was thriving, given the years of investment pumped into people and laboratories, and the investment was having a positive impact on our publication rates and citations.

The crash had come in 2008, with the true scale of the financial catastrophe emerging in 2011, when the previous government came into power.

But the solid funding that preceded this had got things going and things were going well.

This is likely what allowed the research community here to get through several years of frozen, or slightly declining, funding over the years from 2010 or 2011 until today.

Unfortunately, by that time, we truly were the “dog with a bad name” when it came to ERC support.

Things have changed, however, after Government agencies – including the Science Foundation Ireland (SFI) and the Irish Research Council (IRC) – moved to get rid of our negative reputation related to our ERC performance.

National Contact Points were set up and funding and facilities were sourced to help principal investigators and groups bid for ERC support.

There is an entire programme organised to help researchers make credible applications and at much higher numbers that in the past.

The ERC figures show that Irish-based researchers in the sciences and humanities received 0.99 per cent of all awards made across the EU with an application rate of 1.39 per cent in the years since 2007.

This is low compared to where we hope to be but, over the last few years, we have enjoyed increasing success.

It is this improvement that the foundation’s director general Prof Mark Ferguson hopes will impress the ERC’s president Jean-Pierre Bourguignon who will be in Dublin next week to attend a plenary meeting of the scientific council of the ERC.

The SFI and the IRC want to drive off lingering doubts about our credentials when it comes to engagement with the ERC.

A document has been prepared and will be pressed upon Mr Bourguignon providing facts and figures on our more recent performance.

History shows that Irish researchers are adept at tapping into science funding if they need it.

We probably needed it less during the 1990s government spending boom and external sources of funding were often ignored because there was so much State money available.

This doesn’t apply anymore, hence the active campaign to find non-Exchequer funding from the ERC.

We did this in the past with the old EU EUREKA programme, funding dedicated to information technology research.

A programme that ran into the 1980s, initially we ignored the opportunity to tap into this, largely because there was so little experience in doing so.

When money got short, however, there was a rush to gain funding from EUREKA and we got very good at winning research grants, at one point capturing multiples of what might have been expected on the basis of our size.

It will take some time to build up our success rate with the ERC, but this may become more important if we don’t see increases in the State research investment.

There was no increase in State spending during 2016 but we knew that was going to happen.

The science community expected 2017 to be the year when more money would flow into research, as suggested by the Innovation 2020 policy document – Ireland’s five-year strategy on research and development, science and technology

We will know next week when the budget is published but there have been no promising signs, no hints that greater investment is coming.

Failure to invest would represent a new kind of failure on the part of Government.

Not investing means not providing resources for something that can help create jobs, increase exports and attract more foreign direct investment. This will not impress Mr Bourguignon at all.