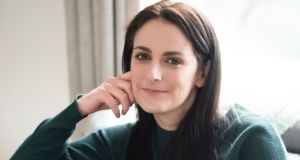 Suzanne Moloney, founder of HidraMed Solutions, was the overall winner of The Irish Times Innovation Awards 2020.

The Irish Times Innovation Awards are now in their 11th year and, due to the Covid-19 restrictions, they were presented at a virtual ceremony on The Irish Times website on Wednesday.

Entries were judged under five category headings: IT & Fintech; Life Sciences & Healthcare; Manufacturing & Design; and Sustainability. There was also a new award presented for Social Innovation. Close to 70 companies took part in the awards this year and 15 companies made it to the final shortlist from which the winners were chosen.

Galway-based medtech company HidraMed Solutions has won the Irish Times Innovation of the Year award for 2020 for developing a novel dressing system aimed at those suffering from the incurable skin disease, Hidradenitis Suppurativa (HS).

About 4 per cent of the world’s population suffer from HS which causes painful lesions and abscesses in the armpit, thigh and groin areas. The wounds need to be regularly dressed, but dressings on the market are unsatisfactory as they can leak, move and fall off.

Current dressings are also adhesive-backed and their application and removal damages already painful skin and adds to the distress associated with dressing changes.

Managing HS wound care has a big impact on patients’ lives as the routine is slow, painful and stressful. As a result, HS sufferers are at increased risk of developing anxiety, depression and becoming socially isolated.

HidraMed Solutions was founded by former chef Suzanne Moloney who suffers from HS. With her insider knowledge of the condition, she tackled the dressings problem from a novel angle, designing her adhesive-free dressings to fit into a range of specially created underwear.

The crop tops, T-shirts and boxer shorts look like regular fashion items, but they discreetly incorporate a highly absorbent pad with a secure fastening tab and it takes less than 30 seconds to change a dressing.

Product sales to date have been primarily online as those with HS typically fund their own treatment. However, the company’s aim is to have its products added to the list of reimbursable expenses by health insurers and made available free to medical card holders.

In 2020, the company made its first significant breakthrough in this respect when its products were listed as reimbursable by health insurers in the United States. It is hoping to achieve similar status for Ireland, Britain and the Netherlands this year.

Investment in HidraMed to date has been in the order of €1 million, of which €125,000 has been raised in the past year. The company is about to embark on a €2 million fundraising round to expand its reimbursement operations into other markets, bring its team up to nine people over the next year and expand into the broader area of post-surgical wound dressings.

HidraMed Solutions took the accolade in the Life Sciences & Healthcare category as well as carrying off the overall award, and the west of Ireland was also well represented among the other category winners.

Ward Automation won the manufacturing award for developing a complex, large-scale automation system that speeds up the process of inspecting and packing pre-filled syringes. Pre-filled syringes are a standard feature of the pharmaceutical industry worldwide and Ward’s compact, robot-controlled system represents a sea change in how syringes are checked for quality anomalies.

The current checking system is manual, time consuming and visual, and this can lead to human error. By contrast, robots do the job at a rate of 600 inspections per minute with no subjective errors. If there’s any question around integrity, the product is rejected and sent for additional checking.

Ward made its initial cell for an existing client that wanted to increase throughput. Adding to the engineering challenge was the fact that meeting the client’s requirements for production safety and traceability meant Ward’s robot cell had to be capable of being integrated into the company’s existing supervisory control and data acquisition system.

A key aspect of Ward’s technology is that it is modular in design which means it can be configured to suit the needs of future customers.

eCOMM Merchant Solutions won the IT & Fintech award for its point of sale and online payments system designed to overcome the perennial problem faced by SMEs of juggling cash flow.

With eCOMM’s solution, a retailer signing up to use its service, which is made up of a payment terminal, a business current account and a prepaid corporate debit card, has payments credited to its business account as soon as a card transaction is approved and made. There is no waiting around for payments to appear in the company’s bank account a few days later.

Because eCOMM provides all of its system’s elements, it can process instant settlements with funds being directly loaded into its merchants’ business current accounts. The merchant can then spend the funds via their debit card or an Iban transfer. eCOMM also gives its merchants a financial rebate when they spend their funds using its debit card.

The eCOMM system processes payments individually and in real time, and merchants pay a monthly service fee to use the system.

The company’s solution has international appeal and is already in use by customers in the UK, Greece and Cyprus.

Lowden Guitars won its award in the New Frontiers category for its foresight in turning to a most unexpected source, the aerospace industry, for the inspiration required to bring its new range of guitars to market.

For more than 40 years, Lowden has produced handcrafted guitars for the upper end of the market. But when company founder George Lowden made a bespoke guitar for the singer Ed Sheeran, it kicked off a collaboration that has resulted in Sheeran by Lowden, a new eight-strong line-up aimed at encouraging younger people to take up the instrument.

However, while Lowden wanted to create a range that would put its instruments within easier financial reach, it did not want to do so at the expense of its renowned sound or quality. Recognising that the hi-tech precision of aerospace manufacturing might be the solution, Lowden turned to the industry for help in developing an all-new, high-speed production system that would tick the boxes for quality while giving Lowden the volume required to make a lower priced instrument viable.

The new system can produce in a day what would have taken weeks using traditional production methods and Sheeran by Lowden has opened up a brand new global market for the company.

A new addition to the innovation awards in 2020 was an award that recognises the social aspect of the finalists’ innovations. This was made in response to the growing need for social innovations to tackle critical issues, such as homelessness, healthcare and the environment.

The inaugural winner of the Social Innovation Award is VorTech Water Solutions which also took the top prize in the sustainability category for its solution to energy wastage in the water treatment industry.

Water treatment plants operate around the clock and account for up to 3 per cent of the national electricity bill in developed countries. However, a significant amount of the energy being used by these plants is wasted due to the inefficient technologies and processes persisting within the industry.

What was needed was a step change innovation that would deliver an alternative hi-tech, low-energy means of treating wastewater and reducing carbon emissions. Following four years of research, this is exactly what the NUI Galway spinout company has developed.

Its Vortex Powered Aerator (VPA) greatly increases the efficiency of the aeration process (the standard method of wastewater treatment). Adding to the attraction of the system for existing wastewater plant operators around the world, the VPA can be easily retrofitted with no disruption or downtime.

All of its parts are assembled off site so contractors spend the minimum amount of time at the plant during installation. The VPA also offers longevity, low cost of total ownership and components that can be easily replaced.

The Innovation Awards 2020 are supported by The Irish Times in partnership with Science Foundation Ireland, Enterprise Ireland, SkillnetIreland and the UCD Michael Smurfit Graduate Business School.

The prize for the overall winner is a high-profile communications package worth in excess of €150,000 comprising advertising and promotion across the Business, Technology + Innovation pages and the Business online section.

In addition, the UCD Smurfit School will provide the winner with an executive education scholarship.

Category winners are awarded a €10,000 communications package in Thursday’s Business, Technology + Innovation pages and a one-year digital subscription to The Irish Times.