Faced with fussy kids, these women created inspired products for the supermarket shelf 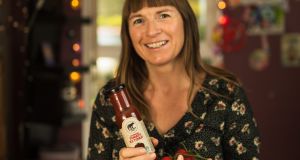 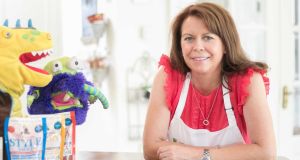 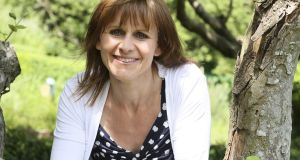 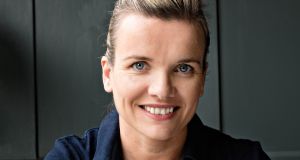 Irish children are not eating well. Almost 25 per cent of their meals include high fat, salt and sugar (HFSS) foods, while almost a third of the snacks they consume every day also fall into the HFSS category. These startling results are from research released this month by Safefood which looked at a cohort of children aged between 6 months and 12 years.

Asking already hard-pressed parents to pore over the list of food ingredients on the back of every packet is a tall order. In addition, some food companies make it hard to know what’s in a product by being less than obvious about the ingredients. For example, calling what is essentially sugar by unfamiliar names.

Concerned mums Mari Hughes, Loretta Kennedy, Aileen Cox Blundell, Clotilde Fitzgibbon and Irene Queally are all familiar with the dual challenges of fussy eaters and the guilt parents feel if they don’t cook meals from scratch. In response, each has created healthy, nutritious products to assuage parental guilt and appeal to young palates.

“My son Ben decided at age three that he wasn’t going to eat vegetables anymore,” says Mari Hughes, who started Dan & Monstro in 2014. To get around the problem she whizzed cooked veg in a blender hoping Ben wouldn’t rumble her ruse. He cleaned his plate. When Hughes decided to quit her job in the bank to start her own business, this was her inspiration. Hughes initially sold at farmers’ markets before getting her first listings in SuperValu in 2015. Most recently, her products have been listed by BWG, the group behind Londis, Spar and Mace. There are now three sauces in the company’s range including a Mexican-style flavour launched earlier this year, and two new stir-in sauces are on the way.

Irene Queally began researching her idea for Pip & Pear in 2014. The inspiration was the birth of her second child. “You’re very purist with your first and you have the time to cook everything as you want it. When the second child arrives, you don’t want to compromise on natural, healthy food, but you have a lot less time,” she says. Searching around for a product that ticked the fresh, natural and healthy boxes, Queally was surprised to discover a dearth of chilled options. With restaurant experience behind her and the food gene in her DNA (her father is a co-founder of Dawn Meats) she set about making her own and trialling the products on a baby menu in her restaurant.

The products were launched in 2015, and this year represents a major breakthrough for the company, as it will shortly begin exporting to Germany, Belgium and the Netherlands.

“The Irish market is small as there are only about 60,000 babies born here every year,” says Queally, whose company employs five directly and a further 20 indirectly at the outsourced manufacturing facility. “Going to Europe has been a real learning curve as we had to become 100 per cent organic. Four years on I won’t say it’s been easy – in fact it’s been very tough at times, but you’re driven on when you see your business growing.”

Making a chilled product is an additional challenge, as is making a baby food. “With chilled foods, you’re always working against the clock. We have a 28-day shelf life but it still means you’re not going to stack product 40 packs high in the supermarket, so that has implications for managing your distribution,” Queally says. “Additionally, baby foods are just one step below pharma when it comes to manufacturing regulations, so you have to be very sure you’ve chosen the right partner.”

Starting a food business is never easy, as Aileen Cox Blundell, founder of Hidden Heroes, found out the hard way when she tried to have her veggie nuggets made in Ireland. Forced to look overseas for a manufacturer, she quickly realised this would scupper her costings. “I felt like giving up because after two years of hard graft it suddenly looked like I didn’t have a business,” she says. “To pare back costs, compromises had to be made. I had wanted the product in a box but have had to settle for a bag instead. I also had to stand my ground on the composition of the product and refused point blank to reduce the vegetable content. There was no way I was launching something I wasn’t happy to stand over.”

Hidden Heroes has just had its official launch, kicking off in Dunnes Stores, and Cox is also celebrating the fact that her book, The Baby Friendly Family Cookbook, has gone on to the bestsellers list.

French-born Clotilde Fitzgibbon started her fruit compotes business in 2011, inspired by the popular French culinary tradition of making compotes from plentiful seasonal fruit. There are now 13 flavours in her chilled, 100 per cent fruit range. The products are primarily available in the Munster region (SuperValu) and in some SuperValu stores in Dublin. “The compotes have no added sugar so they are a healthy alternative to sugar-laden desserts for children,” she says.

Also based in Cork is Loretta Kennedy, founder of MamaBear Foods. “My kids love ketchup and when I became aware of all the hidden sugars in the food staples I was regularly buying, I began looking for healthier alternatives. When I couldn’t find them, or find ones that my children actually liked, I began making my own,” she says. “I started selling at farmers’ markets to see if there was any interest, and quickly realised there was a niche for a healthy children’s ketchup. My ketchup offers the health-conscious consumer the chance to buy a product similar to what you’d make at home from scratch if you had the time. Getting the product to launch was a slow process but I wanted to be sure it was the best it could be in terms of ingredients, taste and price.”

MamaBear was launched through the SuperValu Food Academy in November last year and is now available in 25 stores in Cork and Kerry and in 15 independent stores nationwide. In February Kennedy pitched her company for the Grow with Aldi programme and was selected as a finalist. “On June 6th, my healthy ketchup will go on sale in all 140 Aldi stores in Ireland for a limited time, and if I am one of the top five producers I will get a year-long contract with them,” she says.

Like many small producers who make their own products, Fitzgibbon finds distribution and promotion a real challenge. “I’m well known locally, but trying to push out into other parts of the country is hard even with an exceptionally good product because you need the resources to support it with promotion and tastings wherever you try to go,” she says.

Hughes experienced the same problem when she was making Dan & Monstro’s sauces herself. “I was spending the week with my head stuck in a pot and the weekends doing tastings and going to see customers. It was really too much,” she says. “Luckily I found someone to make the product to my standards and they produce it in volumes I could never have managed on my own. My focus now is on developing the business.”

Getting the thumbs-up from in-house testers is no mean feat, as they tend to be candid in their feedback. “My children are my biggest critics,” says Kennedy. “If I produce a new ketchup or a newer version they tell me in two seconds whether it passes the test or not.”