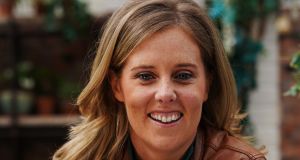 Karen O’Neill: “We do not standardise the product in any way. The taste will change from season to season in accordance with how nature intended”

In its heyday from Anglo-Saxon times to the Middle Ages, mead was a popular drink. Produced from a combination of honey, yeast and water, sometimes with the addition of fruit and spices, this traditional tipple has now been given a thoroughly modern makeover by 21st century drinks industry veteran Karen O’Neill. Her product is called Beekon Honey Refresher, and it has recently been launched on the Irish market.

Traditional mead can be extremely sweet, and with an alcohol content of around 14 per cent is more a postprandial digestif than a go-to drink for other times of the day.

O’Neill’s version is still based on honey alcohol, but with a different taste profile. Beekon is a lightly carbonated long drink with an alcohol content of 5 per cent, and O’Neill describes it as being like a cross between prosecco, beer and a Pimms. It is served over ice, and comes in a distinctive, proprietary beehive-shaped bottle.

Beekon Refresher is aimed at the premium end of the market, and is available from launch in classic Argentinian honey and ginger and lime, with more flavours to come. It costs €6.50 and will initially be sold in bars, with selected off licenses to follow.

“I’ve spent over 20 years in the drinks industry as a marketeer and strategic consultant working across many brands, including Smirnoff, Coors Light, Heineken and 7up, so I knew where opportunity lay and decided to create a completely new honey-based alcohol category,” says O’Neill, who is a former global head of cider for Heineken International.

“I had ‘done my time’ working for large companies, and wanted to create my own wholly natural drink from scratch. I could see people’s attitudes to drinks were changing, and that the mainstream industry was struggling to respond.

“As people became increasingly conscious about what food and drink they were putting into their bodies, that set off an evolution towards a more measured way of drinking and a preference for high-quality products that were less chemically-laden.

“Beekon is a perfect fit for this type of consumer because it is defined as much by what it doesn’t contain as by what it does. It is very pure, and has none of the standard drinks industry nasties such as sulphites, additives, preservatives or colourants. We do not standardise the product in any way. The taste will change from season to season in accordance with how nature intended.”

O’Neill set up Beekon Batches in 2017, but had already begun working on the idea two years earlier. It took about 18 months to develop the product, but finding someone to make the beehive bottle turned out to be problematic.

“It’s a very intricate bottle design and a lot of companies wouldn’t touch it. Then, just when I thought I had it sorted, I was let down at the last moment, so that part of the process took a lot longer than anticipated,” says O’Neill, who has self-funded Beekon’s development to the tune of around €200,000. She is not ruling out raising money at some point, but for now she wants full control of her company’s destiny, and has eschewed support funding because of the conditions frequently attached.

“The emphasis is often on in-house jobs, and that’s not what we’re about,” she says. “Our business model suits the gig economy where I can draw on different skills and expertise as needed.”

O’Neill has outsourced the manufacturing to craft brewers Alltech in Dundalk, and the product will be handled by major drinks distributor Counterpoint, which is part of Britvic.

Over the next few months O’Neill’s focus will be on rolling out the product in Ireland before turning to mainland Europe and the US, where traditional mead is one of the fastest growing drinks categories. The Brexit-torn UK market is not immediately in her sights.