Start-ups kick-start revival in US midwest 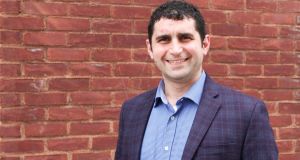 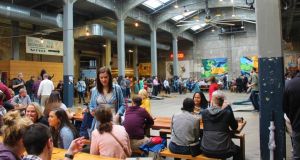 The Rhinegeist Brewery opened in a former packaging warehouse in Cincinnati, Ohio.

Imagine it’s closing day on your new home. Early in the morning you get an email from the estate agent saying there has been a slight change of plan, that you’ve to wire your down payment directly to the property seller, whose bank account details are attached. Little do you know that the agent’s email account has been hacked with malware and once you click ‘transfer’ the down payment will vanished. In many countries, banks won’t cover the loss and since the money has likely been moved overseas, there’s little chance of ever getting it back.

Wire transfer theft is a growing scourge, topping $12 billion (€10.7 million) in the United States alone since 2013. People such as entrepreneur Tony Franco and his team at the Columbus, Ohio-based start-up SafeChain, however, are out to defeat the scammers. SafeChain uses blockchain technology to prevent real-estate wire fraud and digitises property deed and title transfers for numerous Ohio counties.

“We actually looked at 12 different industries and kind of did a bake off. We looked at supply-chain logistics, voting and other industries but quickly found that [real-estate] title was absolutely the best one. So, we had kind of a methodical approach to SafeChain to get started,” says Franco, the start-up’s co-founder and chief executive. Last year, SafeChain announced it raised more than $3 million (€2.68 million) in just two years, despite having secured any meaningful sales.

“There were three things that we looked at: transaction volume, access to information and the political mode surrounding the industry, and we thought this was one we could have a good chance of being okay,” he says.

For decades tainted by the trauma of industrial decline, the US midwest is once again becoming a centre for innovation. From automation software to marketplace businesses to data collection, start-ups and innovation centres are mushrooming in dozens of small and mid-sized cities across the region, and investors are taking note.

The midwest doesn’t specialise in a single start-up business stream, though companies involved in data collection and software are proving hugely successful. Start-ups in the healthcare and insurance sectors have raised hundreds of millions of dollars, while Michigan-based cyber security software start-up Duo Security was sold for $2.35 billion (€2.1 billion) last year.

Experts say much of the groundwork for the region’s current innovation reformation was carried out in small, university-based research labs as far back as a decade ago. According to the US News & World Report, four of America’s top 10 colleges for would-be entrepreneurs are located in the midwest. Even more impressive, universities in Illinois (two), Michigan, Minnesota, Wisconsin and Pennsylvania rank among the top 30 most innovative colleges in the world, according to a Reuters study.

Rust Belt communities are broadly pursuing two main economic models, both of which involve significant help and involvement from anchor organisations such as universities and major firms.

One model saw established, large-scale companies in healthcare, insurance and other fields invest in local venture funds a decade ago, the benefits of which are coming to fruition today. The second involves a collective drive to keep college graduates in-town, meaning talent is staying put in Columbus, Indianapolis or Detroit instead of heading off to New York City or San Francisco. This has involved the rolling out of public private partnerships (PPPs) involving stakeholders from a range of backgrounds including regional universities, corporations and federal departments such as the US department for transportation, as well as start-ups and innovation centres themselves.

Franco, a Pittsburgh native, says buy-in from local authorities has been essential to SafeChain’s success. Fifteen counties in Ohio have created a working group to test the feasibility of a multi-county blockchain real-estate system. “It’s been incredibly helpful to have essentially the County Auditors Association of Ohio bring together the most forward-thinking auditors,” he says.

Despite being asked by venture capitalists to move to California or the east coast more than once, SafeChain’s founders have refused as they consider the potential in the midwest to be greater. “There are a lot of forward-thinking officials here that are willing to partner with start-ups or young companies,” says Franco. “The [local] governments in Ohio are small enough, that community is small enough, that you can have access to the people you need to speak with. A combination of forward-thinking legislators and elected officials as well as the general mentality of the governments to serve people at large here makes for a great place to run a business.”

The midwest’s growing potential has spurred the Rise of the Rest Seed Fund, the brainchild of ex-AOL chief executive and investor Steve Case, to help entrepreneurs in parts of the US that don’t typically attract venture capitalists’ money (only about 30 per cent of US VC investments are made outside Silicon Valley, Boston, San Jose and New York City). Backed by Alphabet’s Eric Schmidt, Starbucks’ Howard Schultz and others, Case has toured dozens of heartland cities handing out six-figure sums to standout early-stage companies. Today, it funds more than 100 seed fund companies, including SafeChain, that produce anything from cold-pressed watermelon juice to defence technology, in 30 states.

A cornerstone of the midwest’s revival has been its low cost of living, especially as places such as San Francisco and San Diego face chronic housing shortages. However, while a low cost of living plays an important role in attracting entrepreneurs and investors, that alone isn’t enough to support long-term, sustainable economic models. To achieve that, midwestern cities are investing in outdoor recreation facilities such as bike trails, white-water kayaking and adventure tourism. Cities such as Pittsburgh, Dayton, Ohio and Buffalo in western New York all rank in the property website Realtor. com’s top 10 “hidden outdoor meccas”.

Nor has the region’s industrial history been entirely cast aside. Instead, real estate in prime, city-centre locations has proved a starting point for new takes on traditional businesses – none more so than the brewing industry.

During the 19th and 20th centuries, the city of Cincinnati became a hub for multinationals such as Proctor & Gamble and GE Aviation, all the while boasting thriving slaughterhouse and brewing industries that employed thousands of blue-collar workers. But like other industrial midwestern cities, its manufacturing output has since collapsed. Between 1960 and 2010 Cincinnati’s population fell by more than 40 per cent to fewer than 300,000 residents.

Today, however, the pillars of its past industrial glory – huge slaughterhouses and packaging warehouses – are being repurposed. The redbrick buildings in Cincinnati’s Over-the-Rhine district just north of downtown are now awash with IPA-drinking millennials.

Once infamous for its high crime rate, Over-the-Rhine is replete with restaurants, axe-throwing centres and specialty craft stores.

But it’s the seven local craft breweries that are the neighbourhood’s main attraction.

Here, innovation is at the heart of the fast-changing brewing world. Four years ago, Taft’s Ale House opened on the site of a renovated 19th century church. “It comes through trial and error,” says Jared Hamilton, director of brewery operations at Taft’s Brewing Company, of their approach to innovation.

While the ale house’s 25,000 tiles and 46-foot-high ceilings make for a nice place to come and sip on the latest fruit beer, making money in the ultra-competitive brewing industry calls for imaginative, tasty products – Caribbean and raspberry ales, and a citrus yuzu fruit IPA, for example – as well as creative branding campaigns. In February, Taft’s announced its latest beverage rebranding effort in a bid to maintain a fresh look.

One of the latest strategies adopted in Cincinnati and the national brewing scene more broadly has been a move away from selling craft beers in bottles to brightly-coloured 355ml cans, in part because of the push to be more sustainable, but also because new mobile canning businesses make changing up a beer’s look easier and cheaper than before.

“About five or six years ago the current trend started packing in cans,” says Hamilton. “The rest of the country then went the same way.”