There is a thin line between ambition and misrepresentation 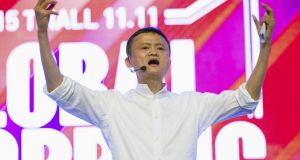 “Hide the terror in your eyes”. Thus a highly successful chief executive and entrepreneur quietly responded, when as a first-time CEO I sought his advice. I was not surprised when he went on to sell his global company for a cool US$5.6 billion.

Any CEO will assert that the most important thing is to create and then to maintain both customer and investor confidence. If confidence withers, prospects falter. Nevertheless on a daily basis, almost all entrepreneurs are acutely aware of a myriad potential fragilities in their business, any of which might well damage confidence if openly admitted. Leadership challenges potentially arise from missing investor expectations, competitive moves, loss of key staff, product faults, rogue marketing, unethical sales behaviour, regulatory liabilities, and from many other sources. Not only must such problems be anticipated and then mitigated should they ever actually arise, but even more so must the CEO continuously exude confidence, control and optimism.

For the leader of a start-up, there is the additional challenge to assertively promote an ambitious vision for which there is as yet little evidence. The opportunity is to become a world leader despite an as yet unproven product, as yet insignificant market traction, and as yet insufficient capital. Investors and early customers expect risk at the heart of every start-up, expect candour and expect comfort that the risk is nevertheless justifiable.

Transparency and honesty should complement vision and ambition. Hype is a dangerous zone, and it can be tempting to stretch things just a little to get the deal closed. Faking it is nevertheless wrong, misrepresentation is frequently illegal.

The computer industry, as well as other sectors, has many exemplars of fake hype. As just but one recent example, the London-based start-up Powa Technologies has been documented – by the Guardian, Financial Times and Business Insider, among other reporting – as misrepresenting its technical ability to catalyse e-commerce on mobile devices, overstating customer letters of interest as valuable sales contracts, and severely misinforming a Chinese joint venture as a $5 billion value opportunity.

As a UK “unicorn” – a private company ostensibly valued at more than $1 billion – it then dramatically collapsed in 2016, having by then lavishly spent more than $200 million of investors capital, including on high-profile office space and expensive (and raunchy) parties.

Faking it promotes something as true, when in fact it is not.

Fake news has become a cottage industry. Web tools such as Clone Zone make it trivial to faithfully duplicate the appearance of any web site – such as www.irishtimes.com – and then to amend the content at will with alternative, frequently egregious, stories. The resultant fake site can be promoted by social media and other means, and may at first sight appear to be the original site. Only careful checking of the web address – the “url” – identifies the web presence as a clone. Meanwhile swathes of readers may have been influenced by a fiction which reinforces their own proclivities.

In a November 2015 cover story for Forbes magazine, Jack Ma – CEO of the online marketplace Alibaba – expressed little empathy for expensive luxury fashion brands such as Gucci, whose products he alleged were grossly overpriced. He subsequently stated at his annual investor conference that “fake products today are of better quality and better price than the real names”. The owner of the Gucci and Saint Laurent brands, French luxury group Kering, subsequently sued Alibaba. However just this month the two companies announced a strategic agreement to together fight the sale of fake products. Jack Ma has also recently called upon the Chinese authorities for tougher prison sentences for manufacturers of fake goods.

Fake business products are also widespread, and can be dangerous.

The Pentagon has admitted that up to 15 per cent of replacement microchips in its mission computers, guidance and navigation systems may be counterfeit. It has recently announced an initiative to automatically detect counterfeit chips by using identification tags embedded by legitimate manufacturers.

An aviation whistleblower, who worked for an aircraft parts manufacturer, is alleging that documentation was falsified at his company for 20 or so safety critical components made from substandard metals, including a single point of failure part for a spoiler subsystem. At least 500 B737 aircraft worldwide in active civilian and military service may be impacted. The US Federal Aviation Authority is reputedly investigating the affair.

Governments, businesses, consumers, customers and investors all are increasingly alert to faking it.

For the entrepreneur, there is a thin line between ambition and misrepresentation. Laying out an exciting vision, with a credible leadership for nevertheless managing all the myriad potential pitfalls and challenges, is the measure of a start-up CEO. As entrepreneurs and leaders, many of us have felt an internal terror of the potential pitfalls our business may face. But calmness and confidence must exude from our body language and communication. Faking it can catch out and lead to court – or worse.

Coincidently the Science Gallery currently has an open call for exhibits for its 2018 exhibition Fake. It promises to catalyse interesting debates.