How Microsoft mutated into a moral leader 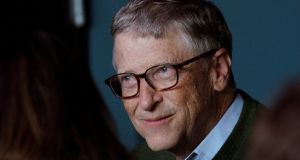 When Facebook’s Mark Zuckerberg testified before the US Congress last month, his deferential style was contrasted with that of another one-time chief executive who’d also been subjected to congressional grilling when his powerful company was under state scrutiny.

That person was Bill Gates, the company was Microsoft, the year was 1998 and the context was determining whether Microsoft had become too dominant, too controlling. The US justice department would eventually decide Microsoft had violated US antitrust laws (though it would impose only lukewarm sanctions).

But where Zuckerberg aimed to be smooth and accommodating, a young Bill Gates had been prickly and defiant. In retrospect, one could argue that at least Gates stood firm and defended what he felt the company should be able to do. Zuckerberg instead often ducked direct replies or, when questions were particularly probing, waffled or stated he didn’t know how basic aspects of his own company worked.

But for me, the oddest part of this comparison was remembering that – hey, wait, yes – Gates had really been such an unobliging upstart before Congress. That the man now seen as a leading philanthropist, a voice of thoughtful balance, was once reviled in a way is hard to imagine now.

As was the company. For anyone who isn’t old enough to remember Microsoft 20 years ago, it might come as a surprise to know how deeply the company was hated by many (including me).

Start-ups gazed upon the mighty visage of Microsoft and lived in fear or hope, knowing they might be ground to dust or purchased, depending on its business whims.

Of course, some found Microsoft’s corporate breadth and depth exhilarating. Others, like me back then, found it infuriating and terrifying.

Ok, so time passes, things change, and one could propose that Microsoft is now seen “as an old-time software and business-services supplier whose best days are behind it” (https://iti.ms/2GnalPU) and therefore has little to be so pugnacious about.

But I don’t think that’s a fair appraisal, especially when it remains in the top five tech firms by market cap, trailing only Apple and Amazon but ahead of Alphabet and Facebook.

The company is doing some pretty interesting stuff in hardware, software and services, to begin with. But I’m thinking of its broader reputation, role and impact.

A recent New York Times feature (https://iti.ms/2Il5VyS ) highlights how Microsoft’s image is utterly altered from those olden days. Headlined “Microsoft Tries a New Role: Moral Leader”, the piece rightly notes the leadership position Microsoft has taken in a range of socially impactful areas, such as working to improve the accessibility of technology (whether for people with disabilities or disadvantaged global communities). That area is, unusually, the direct personal remit of Microsoft’s president Brad Smith, not of some more submerged corporate arm.

But Microsoft’s transition is about more than this.

Apple chief executive Tim Cook grabbed headlines last week after giving a university graduation speech in which he advocated for better privacy safeguards and minimal data collection and pointedly, if indirectly, criticised Facebook for its policies.

And yes, Apple has politely if firmly dug in its feet when asked to unlock and access customer data for the FBI, or insert “back doors” into its device operating system code to allow law enforcement access communications for investigations.

But Apple hasn’t challenged the corrosive basis on which such requests are made in the first place.

Microsoft has. In a major corporate commitment, the company has taken two important lawsuits against the US government, one as far the US supreme court, to block unwarranted access to data, and another, to try to force greater government transparency when requests for customer data are made under secretive 9/11-era legislation.

Microsoft is hardly an unblemished privacy role model. Critics have repeatedly railed against privacy weaknesses in Windows 10, for example. And it has been too placating in the case of the semi-resolution currently offered in the supreme court case.

But consider, by contrast, Facebook, or Google parent Alphabet. Each is easily more secretive and more over-reaching in its range of potentially society-altering tech pursuits than old antitrust Microsoft was. And these are the companies opposing (mostly EU-driven) attempts to rein in their data-grabbing and processing, insisting (falsely) that data and more data are a fair exchange for their free services.

Another contrast there. Microsoft used to be the company under regular EU scrutiny. But under the leadership of Satya Nadella (and, I suspect, Brad Smith), Microsoft has put real corporate will, finance and muscle – not just gestures or talk – into vitally important issues and areas with long-term consequence, like privacy and social inclusion.

I confess: despite many previous years of disliking this company, I’m no longer a hater or begrudger. Microsoft has made an extraordinary transformation into – yes – a moral leader. Fair play, Microsoft. Fair play.