Dalata signs deals for new hotels in Birmingham and Bristol 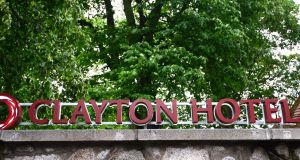 Hotels group Dalata has signed deals for two new hotels in the UK, adding an additional 580 beds to its portfolio.

A four-star Clayton Hotel will be built in Bristol, with a Maldron-branded hotel planned for Birmingham. That brings to 1,700 the number of rooms in Dalata’s UK development pipeline; it already owns or leases almost 2,000 rooms.

The Bristol hotel will be a conversion of the Natwest Court office building on Broad Street and when it is complete will have 250 bedrooms, a bar, restaurant and conference facilities. The project has yet to get full planning approval – the façade is listed – but it is expected to open in the second half of 2020.

The Maldron in Birmingham, being built by Northern Ireland developer and contractor McAleer & Rushe, will also be a four-star property, located on Suffolk Street. It will have 330 bedrooms, a bar, restaurant and meeting-room facilities. Once planning permission has been granted, the hotel is expected to open early in 2021.

Both hotels will have 35-year operating leases.