‘They’d lost all hope . . . until they installed our system’ 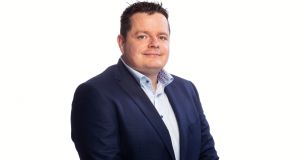 Brian Leslie of Seaquest Engineering: ‘The first [game changer] that comes to mind was the development of the fish pump for pelagic fishing. It allowed us to capture large contracts around Europe and further afield.’

Brian Leslie went to Seattle on a J1 visa and was offered a permanent position there once he completed his degree in mechanical engineering in DIT Bolton Street. While his father agreed it was an excellent opportunity, he suggested Leslie should try it at home first for six months. More than 20 years later, he is still at the family business which now exports fish pumps and hydraulic systems to fishing vessels around the world.

SeaQuest Systems was founded in 1986 by Albert Leslie who, as a father of seven, wanted to start a business in order to provide an employment future for his children. He saw a niche for a hydraulics servicing company, having worked as an engineer on a local fishing boat.

When Brian, Albert’s second son, joined in 1998, the servicing business was turning over less than €1 million a year with a fully Irish customer base. Brian set about developing new products and the business now has a turnover in excess of €10 million.

And there’s no end in sight to the company’s growth as it expands into the aquaculture sector which focuses on fish farming over catching. In the Killybegs community, SeaQuest employs 68 staff and, while Brian is involved in product design and sales, he notes that the family-owned nature of the beast means he “occasionally has to make the tea as well”.

The company was started by my father, Bert, in 1986. Unemployment was high in the country at the time, and having seven children in the family, he thought at least setting up a company could create work for his own family.

Describe your business model and what makes it unique:

Our business model is basically problem solving. Our customers have a problem, or requirement, but they don’t know what they need to solve it. We come up with efficient and innovative solutions to the problem, and have developed the SeaQuest brand on the strength of that. Fishing is quite a small space, even globally, so if your product is a good fit, it works for you, but if the product doesn’t work, it can go against you very quickly.

We developed a new pumping system specifically for handling of live fish in aquaculture, which has been a good one for us. We couldn’t get feedback on the first batch of units out there, except for being told that it performed well. At a trade show two years ago, we had a guy come up to us from the Faroe Islands who said that they’d lost all hope of achieving what they needed until they installed our system. That felt pretty good to hear.

There have been a number of game changers for us. The first that comes to mind was the development of the fish pump for pelagic fishing. It allowed us to capture large contracts around Europe and further afield.

Second would be a customer trusting us to deliver on a new type of crane for them, even though they never saw it before. This was installed by one of the leading shipyards in Europe, who we’d been selling other equipment to, but [we] could never get to sell cranes. On the strength of that first unit, they’ve become our largest customer for cranes.

The demand in fishing remained quite consistent through the downturn in the economy. It probably increased due to the fact that the largest cost in fishing – fuel – dramatically decreased because of the collapse in oil prices. However, this also caused other companies to come into the market, with the view of buying their way in to the market by offering unrealistic pricing, which cut margins quite a lot.

Broadband access remains a big issue for us, and probably for most businesses in rural areas. We’re fortunate enough in that Killybegs has fibre running into town, but a large part of the industrial area isn’t covered by this, and it remains unknown as to when it would be finalised. As a result of this, a number of companies in the area are coming together to have their own fibre line installed.