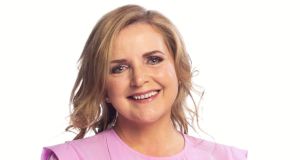 PB Machine Tech managing director Lily Holmes: “The best advice was being persuaded by our Burnside auditor to study accountancy.”

In her own words, developing a business in “a man’s world of engineering . . . was no mean task”. But that’s exactly what Lily Holmes has done, growing PB Machine Tech to a business with 160 employees and exports to 14 countries.

PB Machine Tech is an independent company within the Burnside family of businesses, including Burnside Autocyl. The company designs and manufactures bespoke hydraulic cylinders for global original equipment manufacturers (OEMs).

Founded in 1988 by Lily along with her siblings Pat and Paschal, in addition to her father Paddy, the company was developed to support the competitiveness of Burnside Autocyl. When the succession plan was put in place by the Byrne family in 1999, Lily took over the position of managing director at PB, which sells to companies including McHale, Combilift and JCB.

While developing the business, Lily obtained two accounting qualifications, learned German and engineering while also being a mother. Now, she travels the industrial world to develop business contacts and maintain customer relationships across the countries the business serves.

In her spare time, she’s also a director of Burnside Autocyl and sits on IT Carlow’s governing body, the boards of Éist cancer support and the Borris vocational school and the Carlow Kilkenny Skillnets steering committee.

As Burnside’s exports developed, we saw the need for a complementary business to support that growth and the opportunity to build another business. We already had a flair for machining and inventing as well as design, so we took the opportunity to develop those skills and formed PB Machine Tech.

Becoming an accountant. Having a financial background in a manufacturing setting helps when capital expenditure and business development plans have to be balanced with achieving daily operational key performance indicators.

What was your back-to-the-wall moment and how did you overcome it?

The toughest year was 2008. We had just moved into our newly-built cylinder factory when demand dropped due to the global crash. The pressure on production space that had prompted the new build disappeared almost overnight.

However, we retained almost all of our great team despite the fall-off of up to 70 per cent of orders with some key customers. We used the period to invest further in upgrading our processes, training and production methods to get ourselves to a new standard that we knew would be attractive to certain large customers, especially in the materials-handling sector. We have since won some nice contracts as a result.

A UK competitor in 2003 had a fire, destroying their production facilities. One of the many customers affected was Benford. We were approached for help and we managed to get the full range of cylinders designed, manufactured and delivered to the worried customer within a record time of six weeks. This fast action prevented them from closing down their dumper production lines. It was hugely demanding but well worth it. Our agility was noticed in the market and was the start of PB attracting other large OEMs.

The best advice was being persuaded by our Burnside auditor to study accountancy. It was tough going while being a young mother and having a full-time and a part-time job. It stood to me greatly as I developed in the business.

I can’t remember the worst advice in the early days but much later remember how financial experts suggested we be brave and use our hard-earned reserves to invest in property. Thankfully we chose to ignore them and slogged away in manufacturing. Sticking to our knitting was the right decision.

The influence of my father. At 82, Paddy still works every day and continues to be an inspiration. He has just completed writing a book documenting the Burnside story and his life. Being involved from early on with him and his brothers, working with my own great brothers and sisters, as well as my cousins, our wonderful teams and now the third generation, including my own two children is highly motivational.

1 Opioid executive admits to ‘no morals’ ahead of prison term
2 Are there annual limits on inheritances or gifts to a child?
3 Smurfit brothers set for €77m payout in Powerflute takeover
4 EU banking watchdog describes rejection of Cross nomination as ‘unfortunate’
5 Former ‘Irish Independent’ journalist awarded €55,000 by tribunal
6 Apple’s Irish company structure key to EU tax finding
7 Coming home to west Cork, from all over the world
8 Microsoft sued by 'frozen out' ex-worker
9 Financial payments group Planet in rumoured €1.98bn sale
10 The end of the world could be upon us. Why are we doing nothing?
Real news has value SUBSCRIBE