Former Anglo chairman appointed to board of Malin 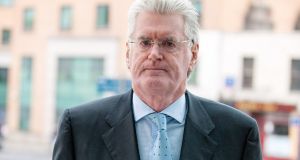 Mr O’Connor, who is currently a non-executive director of Perrigo Company and Theravance Biopharma, took up his new role on July 1st.

Mr O’Connor succeeded Sean FitzPatrick as chairman of Anglo in 2008 after Mr Fitzpatrick resigned when it emerged that over a period of eight years he temporarily transferred loans with Anglo to Irish Nationwide prior to the bank’s year end.

He previously held a number of positions at partner level in Pricewaterhouse Coopers (PwC) Ireland, including serving as senior partner from 1995 until 2007. He also served as a member of PwC Global Board from 2003 to 2008.

Following the appointment, the board of Malin will be comprised of nine directors, of whom three have executive functions.