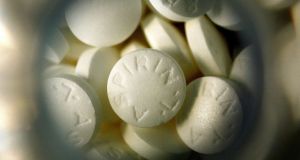 Medicines for Ireland is an amalgamation of the Healthcare Enterprise Alliance and the Irish Generic Manufacturers’ Association. Photograph: Getty Images

A new alliance of generic drug manufacturers has warned that Irish patients will face increasing difficulty accessing lifesaving medicines without reforms to the way they are supplied.

Medicines for Ireland is an amalgamation of the Healthcare Enterprise Alliance and the Irish Generic Manufacturers’ Association.

The group is calling for a longer term vision for medicine procurement, measures to tackle shortages of over 140 medicines, and initiatives to create competition in the medicines market.

The cost of hospital medicines has grown from €315 million in 2009 to over €600 million last year, it points out, while the spend on high-tech drugs has grown by 90 per cent.

The group is also seeking the rollout of a national biosimilars policy to expand the use of biosimilar medicines, to counterbalance the “unsustainable” cost of biologics.

Its stance is likely to be resisted by the Irish Pharmaceutical Healthcare Association, which largely represents the multinational manufacturers of branded, on-patent drugs, including biologics.

IPHA last year agreed a four-year drug price deal with the Health Service Executive that is expected to yield price savings of about €700 million.

However, the spiralling cost of new treatments means the HSE is unable to provide all the drugs coming on the market. As a result, competition is intensifying between the different sectors of the market.

Medicines for Ireland says its members were to the fore in driving generic substitution in the health service from 2013. Usage of generic medicines has grown from 11 per cent to 53 per cent over the past four years.

The new organisation says it is committed to continuing this reform momentum.

1 BOI customers to be charged twice with bank fees on New Year’s Eve
2 Irish designer of Oxford vaccine: ‘I’ve never worked so hard in my life’
3 Covid-19 will worsen housing affordability, report warns
4 Boeing seeks dismissal of Norwegian Air’s €1bn lawsuit over Max aircraft
5 O’Flynn and BlackRock to double money with €100m sale of former HP campus
6 Irish boss of Qantas says Covid vaccines will be mandatory
7 Chris Johns: I think we are on the cusp of an economic boom
8 Goldman Sachs advises NatWest on Ulster Bank review
9 Must I pay tax on sale of inherited apartment in Baltics?
10 Microsoft to create 200 jobs at new €27m engineering hub in Dublin
Real news has value SUBSCRIBE