Temporary relaxation of regulations on trial of drugs 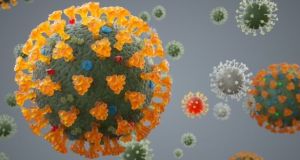 EU officials said many promising vaccines under development against the coronavirus could face delays in European trials if rules were not relaxed.

The European Commission proposed on Wednesday to temporarily relax rules on trials of drugs involving genetically engineered organisms as an emergency measure to speed the development of a vaccine against the new coronavirus.

The proposal is part of a wider EU strategy, which also includes investing about €2 billion for the advance purchase of vaccines under development, in a bid to secure enough doses for the bloc as it fears lagging behind the United States and China.

European countries have more stringent rules about research involving genetically modified organisms (GMOs) than in many other parts of the world. Reuters already reported last week that the EU’s executive commission was considering easing those rules for Covid vaccines.

A commission document published on Wednesday confirmed the new proposal. It would reduce the power of EU states to impose extra requirements on drugmakers when they conduct clinical trials on medicines and vaccines containing or consisting of GMOs.

The proposal, which needs to be backed by EU governments and politicians, would only be valid during the Covid-19 emergency.

EU officials said many promising vaccines under development against the coronavirus could face delays in European trials if rules were not relaxed. EU countries now impose extra requirements on vaccines and drugs containing GMOs, under rules that also cover the publicly sensitive area of GMO crops.

In Italy and France, for example, treatments must receive authorisation from government environment or research departments, as well as from health and drug authorities.

Unless changed, the legal framework would be “likely to cause significant delay, particularly for multi-centre clinical trials in several member states”, the commission document said.

Candidate Covid-19 vaccines are being trialled in several countries to increase the efficacy of the trials.

The commission is also proposing laxer rules on language and packaging requirements for medicines and vaccines to facilitate their quick distribution during the pandemic. – Reuters