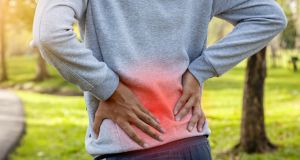 Mainstay Medical, an Irish device company specialising in chronic low back pain, has had its flagship product approved for inclusion in a list which means it is eligible for reimbursement from all private health insurers in Australia.

Mainstay, which is based in Dublin with subsidiaries in Australia, the United States and Germany, is working to commercialise an implantable neurostimulation system, called ReActiv8, designed to treat disabling chronic lower back pain. It works by stimulating muscles supporting the lower back with electrical impulses.

The company said on Monday that the device has been approved for inclusion in the prostheses list of reimbursed products in Australia from the beginning of next month. The list identifies implantable devices eligible for reimbursement from the country’s private health insurance funds.

The inclusion on the list follows regulatory approval for the device in December of last year, enabling commercialisation of the product across Australia.

“We are delighted to be included in the Prostheses List, enabling us to deliver this valuable therapy to Australian physicians and patients,” said Jason Hannon, chief executive of Mainstay.

ReActiv8 has a CE mark, which authorises its sale across the European Union. The company also expects a decision on its pre-market approval application to the US Food and Drug Administration by the end of this year.