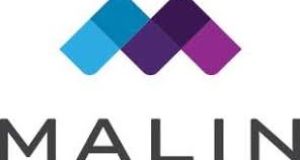 Dublin-listed life sciences investment firm Malin had assets worth €404 million at the end of last year, according its latest annual results.

The company last year overhauled its board, appointed former Ardagh chief executive Ian Curley as a non-executive chairman and announced an “extensive” review of its portfolio on foot of growing investor concern over its strategy.

Malin said several of its assets had important milestones in 2019, which have the potential to create significant value for shareholders and that it remains committed to returning capital to shareholders in the event of a significant asset realisation.

Malin’s corporate cash balance stood at €43 million at the end of last year while its debt balance with the European Investment Bank was €55 million.

“We are pleased by the operational and clinical progress made by our priority assets during 2018, with several advancing towards important clinical and regulatory milestones over the next year,” Darragh Lyons, chief business and f inancial officer, said.

“We will continue to work closely with these companies, to support them as they progress towards these catalysts, which have the potential to create significant value for our shareholders,” Mr Lyons said.

“ We remain committed to returning capital to shareholders following a significant asset realisation,” he added.