Belfast founded firm will list on AIM and expects to raise a net £15.2m 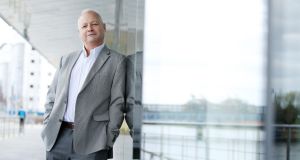 Belfast-based data analytics company Diaceutics has confirmed it will seek a listing on London’s junior market that will value it at £53 million.

The company expects to raise a net £15.2 million from the placing, which will be used to further develop its data sets, develop its new software as a service platform and extend into new geographical markets.

The company has conditionally raised £17 million through a placing of 22,368,427 ordinary shares of 76p each. The admission is expected to become effective at 8am on or around March 21st. Shares will trade under the AIM symbol DXRX.

Diaceutics said an estimated £5.5 million would be used to acquire new data sets to enhance its current services and extend it into new diseases, with £3 million due to be invested in Nexus, its proposed software as a service platform, and £2.5 million to extend the company’s footprint into international markets. A further £3 million will be used to pay down existing debt facilities and an outstanding loan, and £1.2 million will be used to strengthen the company’s balance sheet.

“Diaceutics was founded out of a desire to get more patients access to improved healthcare. We are giving patients a higher likelihood of getting better by supporting access to the right test to determine the right treatment at the right time. This announcement today will help us in our mission to continue this great work,” said Mr Keeling.

The company has offices in Belfast, Dundalk, Singapore and Parsippany, New Jersey. Last year, Diaceutics had 65 full-time employees across 17 countries, with compound annual revenue growth in sales of more than 50 per cent in the past two years.