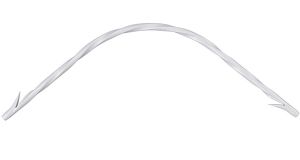 Q3 Medical Devices, a Dublin-headquartered holding company with operations in Germany, China and the United States, has announced plans to raise €50 million in a funding round ahead of a flotation in Hong Kong.

The company, which secured €28 million in a private placement last year, said it expects to raise more than €125 million in an initial public offering with the expected IPO valuation valued at more than €500 million.

Q3 is focused on acquiring medical device businesses with revenues of up to €10 million. Its main area of interest is on companies that are developing, manufacturing, and distributing minimally invasive devices for the treatment of patients with cardiology, peripheral vascular and non-vascular diseases.

The company’s products are sold in over 50 countries worldwide and employs more than 150 people and operates a number of subsidiaries, including QualiMed, AMG and Q-San.

Q3, which is focused on becoming the world-leading bioresorbable implant company, said a listing in Hong Kong would help attract international investors and further enhance the research and development of its pipeline products.

“The announcement today represents yet another milestone in Q3 Medical’s story, as we continue to develop disruptive technology that will change the clinical treatment paradigm in the three product verticals in which we will compete,” said Eric Mangiardi, president and chief executive of Q3 Medical.

Hong Kong has led global rankings for IPO volumes this year with more than 160 companies raising a total of $30.5 billion (€26.8 billion).