Takhzyro is a preventive treatment for the genetic condition hereditary angioedema 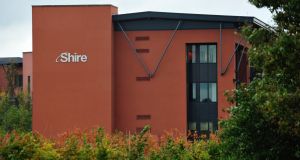 Dublin-based pharma giant Shire has been granted permission to market a preventative treatment for a rare and potentially life-threatening genetic condition.

Takhzyro is a preventive treatment for hereditary angioedema (HAE) in patients aged 12 years and older.

HAE occurs in about one in 10,000 to one in 50,000 people. Its symptoms include swelling in various body parts, including the hands, feet, face and airway that can be debilitating and painful.

Laryngeal attacks that obstruct the airways are potentially life-threatening due to the risk of asphyxiation. Aside from the burden of the disease itself, patients can suffer anxiety, fatigue and depression between attacks.

Shire announced on Friday that the European Commission has granted marketing authorisation for the Takhzyro subcutaneous injection, which is designed for routine prevention of recurrent attacks of HAE.

Takhzyro is a first-of-its-kind fully human monoclonal antibody that inhibits the activity of plasma kallikrein, an enzyme which is uncontrolled in people with HAE, to help prevent attacks.

“For those with HAE, the burden of disease can significantly impact their day to day life. With Takhzyro, we can now provide an innovative treatment that has potential to change the way HAE is currently treated.”

Patients taking Takhzyro 300 mg every two weeks had 83 per cent fewer moderate to severe attacks, 87 per cent fewer attacks that needed on-demand treatment, and an 89 per cent attack rate reduction from day 14 to 182.

Henrik Balle Boysen, executive director for HAEi, which is the international umbrella organisation for sufferers of the condition, welcomed the news “that provides a new option for the prevention of HAE attacks”.

“We are grateful for the time and effort put forth by the patients and researchers who participated in the clinical program that enabled this important addition to the HAE treatment landscape,” he said.

Takhzyro may be self-administered as one subcutaneous injection every two weeks. In clinical trials, the majority of patients took within 10 to 60 seconds to administer the injection.