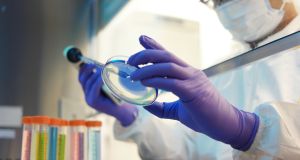 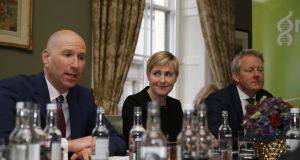 Ireland will be the centre of one of the world’s most ambitious genome research programmes following the announcement of a $400 million investment.

Dublin-based Genomics Medicine Ireland (GMI), a company founded only in 2015, will lead the project, and expects to recruit as many as 600 people over the next five years to complete the research, on top of the 125 that it currently employs.

The Irish Strategic Investment Fund (ISIF), an early-stage investor in GMI, will put $70 million in as part of an exercise that will place Ireland at the cutting edge of precision medicine.

Up to one in every 10 people in Ireland will have their genetic makeup mapped in the private sector programme that aims to build a database that will help drug companies better target treatments.

Anne Jones, the recently-appointed chief executive of GMI, said the investment puts Ireland on course to become a global hub for genomics and the development of new disease treatments and cures.

The announcement follows the acquisition of GMI by Chinese genomics specialists WuXi Nextcode for an undisclosed sum. That company has its origins in a merger of the group that was involved in mapping the genetic makeup of Iceland, and China’s WuXi.

WuXi Nextcode specialises in informatics, and will use its software to interrogate the data gathered by GMI, which started working with the Chinese-owned group back in 2017.

“What we are able to do in conjunction with GMI is something that really will accelerate implementation of precision medicine into the healthcare system,” said Rob Brainin, the chief executive of WuXi Nextcode.

“The challenge in Iceland was that there were not enough people with disease to be able to have a powered dataset whereas in Ireland it is big enough to have scale. Ireland presents a unique opportunity.”

While Ireland was more diverse than Iceland, it was still fairly homogenous, Mr Brainin said.

Paul Saunders, the senior investment director and head of innovation as the ISIF, said genomics was a sector well suited to Ireland given the State’s strength in both technology and life sciences. “We see the field of genomics as having the potential of being a long-term engine of growth in Ireland.”

GMI expects to have sequenced 100,000 genomes from volunteers – both healthy and those suffering from various common and rare conditions – within two years in a rapid scaling up of activity. It plans to target up to 60 major diseases in the research programme .

“Speed is important here,” said Dr Jones. “It is a reasonable target and we have to be working to these targets because time to market is key for drug companies.”

GMI has already expanded its office space to accommodate another 140 people. Dr Jones said she was confident of recruiting 600 people largely either from colleges or Irish people returning home.

“In some ways this will be a magnet,” said Mr Brainin. “If you are serious about doing precision medicine work there will be nowhere better to do it on the planet.”

Apart from delivering new drugs, the hope is that the massive dataset will make screening for genetic diseases more streamlined as well as expanding Ireland’s clinical trials business.

Given the source of the data, the research GMI is doing will also be most applicable to Irish patients.

1 Citigroup warns that markets are out of step with reality
2 Chris Johns: Past is another country when it comes to our post-pandemic future
3 Tobacco makers still trying to make a mint from Irish menthol market
4 ‘The recovery needs to be a full-scale economic renewal’
5 Small businesses are cannon fodder in zealous anti-virus experiment
6 Ryanair expects air fares to fall when flights take off again
7 ‘I’m so lucky to be in the Caribbean – a million miles from Derry Girls’
8 Michael Smurfit: ‘I asked Trump to invite me to the White House for my 80th birthday’
9 Joint accounts: if one of us dies, can the other access the money?
10 Donohoe told insurers they risked ‘irreparable damage’ to reputation
Real news has value SUBSCRIBE