Firm says it secured €5.7 million worth of contract deals in first two months of 2017 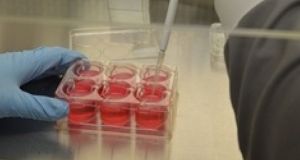 Revenue at Venn Life Sciences was boosted by the contribution of Kinesis, which the group acquired in a €6.5 million deal in October 2015.

Revenue was boosted by the contribution of Kinesis, which the group acquired in a €6.5 million deal in October 2015.

The company said the strong momentum seen in 2016 has continued into this year to date with €5.7million in contract wins recorded in January and February.

“We have started 2017 with a simplified business, purely focused on service delivery with a strong backlog and pipeline of new opportunities,” said chief executive Tony Richardson.

“The Venn Kinesis combination has been well received by clients and significantly differentiates us in our marketplace. With initial integration objectives achieved we now look forward to capitalising on our clear positioning,” he added.

Venn, which specialises in providing outsourced clinical research and trial facilities to midsize pharma companies, said earnings before interest, tax, depreciation and amortisation (ebitda) totalled €390,000, compared with a restated €830,000 for 2015.

The company said it recorded a €1.29 million profit on the divestment of its technology development subsidiary Innovenn, which was sold to Integumen for £4.74 million (€5.41 million).

Integumen is a company set up in the UK last year by Mr Richardson and Innovenn managing director Declan Service.