Two-thirds of Irish patients have faith in Big Pharma 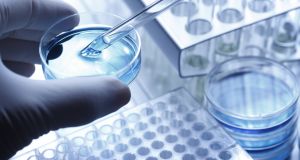 Pfizer, Novartis, Roche, AbbVie, Bayer and Merck are among the 47 pharma companies analysed in the report compiled by PatientView. Photograph: Getty Images

Irish patients are among the most confident in Big Pharma’s level of innovation.

A report on the corporate reputation of the pharmaceuticals sector from the patient perspective says that 67 per cent of Irish patients see drug companies as innovative.

That’s still some way short of Greece, where 84 per cent back the innovative capabilities of companies in the sector but much better than in New Zealand, where fewer than one in four patients has a positive view of the subject.

Overall, just under 38 per cent of patients ranked the reputation of pharma companies as “good” or “excellent” in 2016, down from around 45 per cent a year earlier. Ability to innovate was considered by patients as an important measure of their confidence in the industry, and its decline – from 69 per cent to 59 per cent across all countries – fed into lower general satisfaction ratings.

The good news for pharma is that, within the healthcare sector, it is still seen as more reputable than generics companies and health insurers.

However, with US president Donald Trump demanding price cuts from Big Pharma, the report finds that only 11 per cent of respondents think pricing is fair, the lowest figure in six years.

Forty-seven pharma companies are analysed in the report compiled by PatientView. Of them, the most recognisable among patients is Pfizer, followed by Novartis, Roche, Bayer and Merck.

Novartis is the company that the largest number of patients say they have worked with over the past five years, ahead of Pfizer, Roche, AbbVie, Janssen and Bayer.

AbbVie, spun out of Abbott Laboratories in 2013, was ranked second across all but one category – high-quality products, where it ranked third. Novartis was ranked third overall.

Grifols, the Spanish blood plasma products group that established a base in Ireland in 2015, is the fastest riser in the rankings this year, jumping from 25th overall to sixth. Irish-headquartered Shire is the next most dramatic climber, moving up from 21st to 10th.