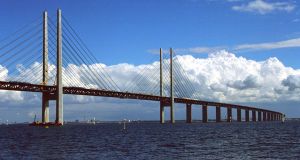 No country on the planet is better prepared to pay for its ageing population than Denmark. But a nation whose pension industry has been ahead of the curve for decades is now bracing for a fundamental shift that most people probably aren’t prepared for, according to the financial regulator.

Jesper Berg, the director general of the Financial Supervisory Authority in Denmark, wants to warn policymakers of the backlash he says they may face once households understand the risks they run.

More specifically, Berg says people haven’t grasped that they will lose money if their banks – or the investments their funds make – fail.

“These are enormous amounts of money, so this is an important discussion to have.”

Berg says the FSA has called for talks with politicians and industry representatives to take place in March to discuss the issue.

Privatising RiskDenmark’s life insurers hold more than $650 billion in assets, which is roughly 2 1/2 times the size of the economy, according to UBS’s Pension Fund Indicators 2016.

Berg says the redrawing of financial regulation since the crisis of 2008 has had some profound consequences.

New solvency rules for pension funds mean clients are being pushed out of defined benefit plans and into defined contributions plans, to help providers cut their capital requirements. That helps insurers stay solvent. It also frees them to take riskier bets.

But, crucially, that risk is transferred to pensioners on an individual basis. This privatisation of risk that has followed the global regulatory overhaul is “the new reality” that “we need to discuss,” Berg said.

Denmark’s warning is worth heeding. The country has been at the forefront of pension reform, ensuring that companies can meet their obligations and that people have enough savings to live comfortably in retirement.

In practical terms, the risk is that a pension fund invests in something “that makes huge losses with the result that pensioners lose money and have to live with lower pensions or stay in the labor market longer,” Berg said.

And demand for risky assets is growing as funds look for ways to generate returns in an era of record-low interest rates.

Denmark’s regulator has started looking more closely at funds’ investments in less liquid assets and found that holdings of so-called alternative investments surged 66 per cent from 2012 to 2015.

Berg says it’s not the role of the supervisor to question the model. But he’s worried about how well it’s understood.

“While I believe in the economic incentive to privatise risk, my biggest fear is that people aren’t aware of that, and as a consequence we’ll have a backlash,” he said. A new regulation called the prudent person principle guides funds’ investments, but it’s “still a very general principle”, Berg said.

It is for the politicians to decide whether additional rules are necessary and the FSA will provide them with options “but I just want that discussion to be taken before we have the first meltdown”.