TSB bosses to face parliamentary committee over IT meltdown 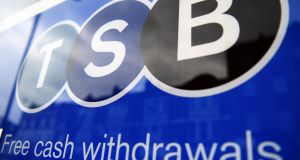 TSB bosses are set to face tough questions from an influential parliamentary committee in the UK this week as the lender’s internet banking meltdown enters a second week.

Chief executive Paul Pester, chairman Richard Meddings and a yet to-be-confirmed representative from TSB’s Spanish owner Sabadell will appear in front of the Treasury Select Committee on Wednesday May 2nd as customers continue to report difficulty accessing their accounts.

A major IT upgrade earlier this month left some customers locked out of their bank accounts, meaning they have been unable to manage their day-to-day finances or pay bills in some cases – while others reported being able to see other people’s accounts.

In a letter to Treasury Select Committee Chair Nicky Morgan dated April 27th but publicly released on Monday, Mr Pester said he was “deeply sorry” for the problems but that a number of fixes had been implemented and a “proactive customer redress programme” had since been launched that included the waiving of all overdraft charges for the month of April.

Mr Pester said around 700 customers had been declined when using an ATM abroad on Sunday April 22nd – the weekend the IT migration took place – and that around 402 customers were able to see data normally not available to them, though all had received an apology.

He went on to say that while only 72 per cent of customers were able to access the app on Monday, April 23rd, that number had risen to 93 per cent by Friday.

“This is typical of the proportion we would have been pre-migration,” Mr Pester explained.

However, the “combination of lower than expected internet and app availability” as well as the “high levels of publicity surrounding TSB” led to a higher than normal volume of calls which meant average wait times for its call centres were one hour last Monday and 30 minutes by Thursday.

Up to 1.9 million people using TSB’s digital and mobile banking found themselves locked out of their bank accounts last week, though it was unclear how many customers were still affected as of Monday.

Commenting on the correspondence with TSB, Mrs Morgan said: “The Treasury Committee is extremely concerned by the problems at TSB, and by the apparent miscommunication to customers about the extent and nature of these problems.

“It’s been reported that services such as online banking have been down for some TSB customers for over a week. Many individuals and businesses will have made arrangements for the planned outage, but not for the additional time that the systems have been unavailable.

“We will take evidence from TSB and Sabadell representatives to find out how they got into this mess, who is responsible, and how they are putting it right.”

Mr Pester refused to say last week whether he would give up his bonus in light of the IT disruption.

TSB said on Sunday that it was “working hard to address these issues.”

The problems were sparked by a major IT migration as the challenger bank worked to separate itself from Lloyds Banking Group’s own IT system, despite having been spun off from the group in 2013.

The new platform was provided by TSB’s Spanish owner Banco de Sabadell in hopes of avoiding further outsourcing fees to Lloyds, which increased by £122 million (€139 million) in 2017. – PA