Tesco to stop mortgage lending due to tough competition 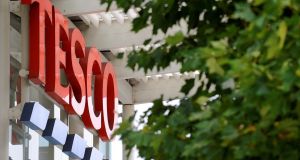 Tesco said its banking unit will stop mortgage lending due to cut-throat competition and tough market conditions that have pressured profits for lenders across the sector.

Tesco Bank, which serves more than 23,000 mortgage customers with total balances of £3.7 billion ($4.71 billion), said it will stop new lending and seek to sell its existing portfolio of home loans.

Smaller mortgage lenders in Britain have complained in recent years of increased pressure on margins as bigger rivals muscled into the market.

Europe’s biggest bank HSBC, in particular, has renewed its focus on home loans in Britain after ring-fencing rules designed to insulate savers’ money from riskier trading activity forced it to carve out its British retail bank.

The newly-separated domestic bank had little choice but to boost mortgage lending to make money, intensifying competition in a market already squeezed by low interest rates and competition from upstart smaller players.

Tesco bank said its priority will be to sell the entire mortgage portfolio for an acceptable price, as it exits the business in favour of other unspecified opportunities. – Reuters