The deal values the Australian non-bank lender at €451m 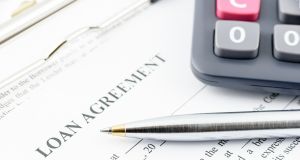 The Irish assets of Australian financial services firm Pepper may be spun off by its new owners in a bid to streamline the business and focus on the group’s core markets in Australasia, according to a senior financial analyst.

Investec’s Owen Callan said US private equity firm KKR, which has agreed to buy the Australian non-bank mortgage lender in deal that values the firm at €451 million, may decide to shed the assets as they represent such a small part of the overall business.

“Unless they have some sort of grand, strategic vision of what they want to do with the European assets, including the Irish assets, then I suspect they would be willing to entertain offers for them,” he said.

Mr Callan said the assets, a mixture of legacy debt and new mortgages, may be of interest to private equity groups looking at the Irish property market or to mainstream banks keen to scale up their loan book in a market with only moderate growth potential.

A spokeswoman for KKR said it was too premature to comment at this stage as Pepper shareholders had still to approve the deal.

The Sydney-based Pepper Group was among an initial wave of overseas buyers of Irish assets at the peak of the crisis, buying GE Capital’s €600 million of subprime Irish mortgages at 40 cent on the euro.

The bulk of the Irish business, however, centres on the management and servicing of loans for overseas banks who have been extracting themselves from the Irish market in the wake of the crash, and for overseas buyers of loan portfolios.

Pepper’s Irish unit, which employs more than 400 people in Shannon and Dublin, is currently managing about €18 billion of loans, roughly split between commercial and residential borrowings, for companies such as private equity firms Lone Star and CarVal as well as Dankse Bank and Lloyds Banking Group, who have been retreating from the Republic.

More recently, Pepper’s Irish business, led by chief executive Paul Doddrell, entered the mortgage lending market and last year and, as of last month, some €150 million worth of home loans had either been drawn down or in the pipeline to be issued.

“A question arises as to whether the new owners want to continue with that business and whether they see it as a solid long-term investment,” said Mr Callan. Either way, he said the acquisition was unlikely to have a major impact on Pepper’s Ircustomers here.

Under the proposed buyout, Pepper shareholders will receive 3.60 Australian dollars a share, the Sydney-based company said in a statement, which is 5 per cent more than Wednesday’s closing price, but less than the Aus$3.75 the stock was trading at before the KKR submitted its bid earlier this month.

Pepper’s board recommended shareholders vote in favour of the deal, the company said in the statement. Shareholders will also receive a 3 Australian cent dividend, and be given the option to accept an equity alternative to retain an interest in Pepper.

The shares rose 2.9 per cent to Aus$3.53 Australian dollars at the close of trading in Sydney. The stock has gained 20 per cent since speculation of a deal was first reported by the Australian Financial Review on May 28th.

Buying Pepper will give KKR exposure to the sale of residential mortgages in Australia, whose largest cities have seen prices soar over the past five years, prompting regulatory curbs on bank lending to some customers amid fears of a property bubble. Pepper, which obtains much of its funding through securitisation, also has operations in Ireland, Spain, the UK and South Korea.

“Pepper is poised to thrive in the current market environment,” said Dan Pietrzak, managing director of KKR Credit. The firm intends to work with management to “maximize its full potential,” he said.

As a non-bank lender, Pepper has not been hit by the recent regulatory crackdown on mortgage lending standards. The Australian Prudential Regulation Authority was given new powers this year over non-bank lenders but has yet to say how it intends to use them.

KKR’s current investments in Australia include stakes in Latitude Financial Services and tomato producer Sundrop Farms, according to its website.

Pepper is being advised by Citigroup, while JPMorgan Chase is advising KKR. Meanwhile, KKR has been best known in Ireland in recent times for joining forces with the Ireland Strategic Investment Fund to set up a €500 million fund to invest in fund residential property development.

In 2014, KKR acquired Dublin-based Avoca Capital, a European credit investment manager which had $8 billion (€7.05 billion) of assets under management at the time. KKR is reported to have fought off competition from other private equity firms, including Bain Capital, in its bid to acquire Pepper.