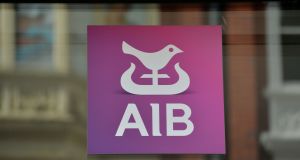 Moody’s has lowered its outlook on AIB’s credit ratings as the lender’s profits are set to be hit by a surge in bad-loan losses and slower growth in new lending due to the Covid-19 pandemic.

Still, the credit ratings agency said AIB’s “solid capital” position should provide it with a good level of reserves to absorb any shock losses brought on by the pandemic.

Moody’s outlook for its Baa2 long-term senior debt rating on the bank’s ultimate holding company has been lowered to stable from positive. Baa2 is eight levels below Moody’s top-notch Aaa rating.

“Following the outbreak of the coronavirus…the agency expects the Irish economy to contract sharply in 2020 due to enforced business closures aimed at containing the coronavirus outbreak, leading to an increase in Irish banks’ problem loans and a decline in their profitability,” Moody’s said. “However, government support measures will mitigate, but not fully offset the impact of the coronavirus-induced downturn...”

Almost 600,000 people are dependent on Covid-19 pandemic unemployment payments, and nearly 430,000 workers have received part of their salaries in benefit from a temporary wage subsidy scheme introduced during the crisis.

Minister for Finance Paschal Donohoe announced €6.5 billion of supports for businesses last weekend, although some of the measures are subject to legislation, which requires the formation of a new government.

AIB, Bank of Ireland and Permanent TSB are each set to issue trading statements next week, which are expected to highlight that the industry has begun to set aside general provisions to deal with the worsening economic outlook.

Irish banks have lowered their levels of non-performing loans (NPLs) amid pressure from regulators from a peak of €80 billion, or 32 per cent of loans, in 2013 to about 5 per cent through the restructuring of problem loans in a recovering economy and loan sales.

However, Moody’s says that the pace of reduction of legacy NPLs will slow down as lenders find it harder to sell off such debt.

The Irish Times reported in March that AIB had postponed the planned sale of about €1.3 billion of soured mortgages.

Coronavirus: One person has died, as 21 cases diagnosed – NPHET

1 Race against time: The inside story of Ireland’s Covid Tracker app
2 EU court rejects data transfer arrangement with US
3 Blockbuster Schrems decision to impact nearly every business
4 State gets €8.8m EU grant to study Dart expansion into Kildare
5 Dublin City Council brings new challenge to Ronan dockland tower
6 Ryanair and Aer Lingus cut flights as travel restrictions continue
7 The 7 key things the Government has to consider to jump start a recovery
8 ‘I set up an investment club many years ago with a bunch of friends’
9 UK developer gets green light for 245 new homes in Lucan
10 Ireland wins appeal in €13 billion Apple tax case
Real news has value SUBSCRIBE