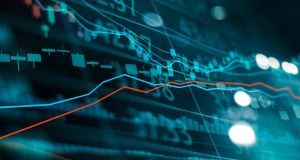 Irish Life made a net loss of 16 million Canadian dollars (€10.6m) in the first three months of this year as fee income declined and investment income was hit by stock market volatility, according to the group’s Canadian parent. This compared with a 33 million dollar profit for the same period in 2019.

Information packs released to analysts late on Wednesday as Great-West Lifeco reported quarterly earnings, showed that the Irish operation’s total income fell 30 per cent on the year in the first quarter to 501 million Canadian dollars.

While premium income rose on the year, fee and other income dropped, while the business posted a net investment loss of 87 million dollars. The company took a hit as funds which contained elements of capital guarantees for investors weren’t fully hedged against financial market volatility during the first quarter.

Irish Life moved in March to impose six-month notice period for investors to take money out of a series of property funds as it dealt with a spike in client withdrawals amid economic uncertainty caused by Covid-19. A number of other life companies in Ireland and overseas introduced similar restrictions at the time.

Meanwhile, operating expenses in Irish Life grew by 8 per cent to 153 million dollars as it made “strategic investments” in Ireland. In March, Irish Life bought wholesale financial services advisory firm, Conexim Advisors for an undisclosed fee.

Irish Life completed the purchase of Acumen & Trust, a corporate pensions consultancy, in February through its Invesco subsidiary.

Irish Life’s health insurance division signed up with VHI and Laya Healthcare to provide refunds to policyholders as a result of the Government’s effective temporary takeover of the State’s private hospitals as it deals with the Covid-19 crisis.

Great-West Lifeco acquired Irish Life from the State in 2013 for €1.3 billion.

1 Nine more suing INM and Leslie Buckley over alleged data hacking
2 Columbia Sportswear defies gloom with first Irish standalone shop
3 Could your old car be giving away all your secrets to its new owner?
4 Why are markets booming when a crash is on the way?
5 ‘The rental situation stops me moving back home’
6 Home or car: what’s the best use of my savings?
7 Restaurants file court actions against insurers over lockdown losses
8 Stocktake: Playing poker with the day traders
9 How much do Irish people earn? And what will Covid-19 do to our wages?
10 Dublin consultancy Pathfinder set for expansion after buyout by Sia Partners
Real news has value SUBSCRIBE