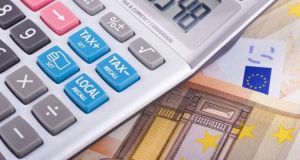 Merrion Capital has written to clients telling them it will no longer be able to provide a wealth management and advisory stockbroking service to individuals with less than €200,000 in their accounts, after the firm carried out a review of its offering last year.

The group, which recently rebranded its Merrion Stockbrokers business as Merrion Private, wrote late last year to clients who fell below the threshold, telling them that they had a choice of converting to an execution-only service or investing their money in its global equity income fund, which invests in up to 40 companies that focus on dividends.

Clients were also given the option of transferring their investments to another brokerage or selling their holdings and closing their accounts.

Those who did not respond with a decision before Christmas were automatically moved to an execution-only service where Merrion will carry out the orders of customers but will not provide any investment advice, according to a letter to affected clients, seen by The Irish Times.

“Last autumn, we announced that we were redesigning the business around providing our clients with active wealth management and advisory stockbroking services, and we are offering a bespoke private wealth management service,” said a spokesman for the company in response to questions. “There has to be a de minimis threshold to offer such a service.”

The cut-off point for advisory and wealth management clients comes as stockbroking firms grapple with rising regulatory and compliance costs. Davy and Goodbody Stockbrokers both have a soft minimum threshold of about €250,000 for advisory clients.

Merrion Capital was formed in 1999 and has gone through three changes of control since then, including a short-lived stint under the ownership of Icelandic lender Landsbanki before the 2008 financial crisis as well as a management buyout in 2014.

The company, led by chief executive Pat O’Neill, has about €1.8 billion of assets under management, split between Merrion Private and Merrion Investment Managers.

“Funds under management at the group have enjoyed double-digit growth in 2016,” said the spokesman. “Merrion has increased its staff complement by over 20 per cent in the past two years from 67 to over 80 staff today, in the process recruiting some great individuals in the areas of wealth management and corporate finance.”

Merrion Capital is set to move offices from the IFSC in Dublin to St Stephen’s Green by the end of this month.