Justice department to consider need for law on perjury 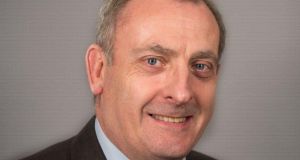 Isme’s chief executive, Neil McDonnell, believes it is time that perjury was defined in statute.

The Department of Justice and Equality has undertaken to conduct an analysis of the need for a law on perjury, following receipt of a submission from the small and medium-sized business group, Isme.

However, Isme’s chief executive, Neil McDonnell, said he was “disappointed” because the department did not appear inclined to support his call for the offence of perjury to be put on a statutory basis.

As matters stand, perjury is a common law offence, meaning that it is not set out in legislation. The Civil Liability and Courts Act, 2004, makes it an offence to give false evidence in personal injury actions, but that is specific to such actions.

In a letter to Mr McDonnell, Alan McGreevey, private secretary to Charlie Flanagan, the Minister for Justice and Equality, said he had asked his officials to examine carefully, in consultation with the relevant authorities, the case Isme made for a statutory offence of perjury.

Once the analysis had been completed, he said, he would contact the business group.

In his letter, Mr McGreevey referred to the 2004 Act and said it would seem to be the type of circumstance the membership of Isme are particularly concerned about.

However, Mr McDonnell, in a short statement, said that “at no point” did Isme represent the 2004 Act as a “panacea for high insurance costs”.

The law was inadequate, he said. Among the flaws with the law was that it applied only to evidence in court, and not to false claims submitted to the Injuries Board which, Isme believes, should be by way of sworn affidavit.

Mr McDonnell said it was time that perjury was defined in statute and that this would, among other advantages, alter current judicial culture which, he believes, is too accommodating of those who make false claims. The 2004 law, he said, was not being enforced by the courts.

NTMA to raise billions of euro for State in bond sale to meet costs of Covid-19 crisis 10:36
Coronavirus: Journal Media to cut pay by up to 20 per cent 10:14
Euro zone factory activity crashed in March as coronavirus spread -PMI 09:53
Dublin diamond explorer receives six new licences in Botswana 09:40
Two-thirds of Lufthansa’s staff to shorten work hours due to coronavirus 09:17