Bank of Ireland paves way for return of dividend

Lender gets approval from High Court to reorganise its capital structure 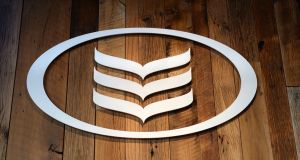 Bank of Ireland is due to report interim numbers on Friday morning. Photograph: Dara Mac Dónaill

Bank of Ireland secured approval from the High Court on Thursday to reorganise its capital structure, in a move that paves the way for the lender to return to paying dividends for the first time since 2008.

The Dublin-based bank decided in February to hold off making shareholder payments for a further 12 months, given volatility in the bank’s pension scheme, where the deficit doubled in the first nine months of the year to €1.45 billion before shrinking to €450 million in the final three months of the year.

The bank has now received approval from the High Court to transfer €5.5 billion to its distributable reserves account.

“These distributable reserves will be available to form part of any distributions to shareholders, or for any other corporate purpose the directors of the company may consider appropriate in future,” the company said.

“The capital reorganisation will not have any impact on the operating performance of the Bank of Ireland Group or the group’s capital ratios.”

Bank of Ireland is due to report interim results on Friday morning.