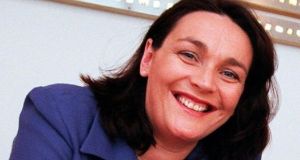 As part of the partnership, Aon and Skytek are to combine their expertise to offer the insurance and reinsurance industry technology to better manage marine, port and cargo risk via satellite tracking.

The agreement is seen as a major win for Dublin-headquartered Skytek, which was co-founded by Dr Sarah Bourke in 1999.

Using Skytek’s technology, which emerged from a European Space Agency research initiative, re/insurers will be able to monitor risk thresholds and receive appropriate alerts where established risk concentrations have been exceeded. It will also be possible to identify asset movement patterns over a number of years.

In addition to providing technology for insurers, the new strategic partnership is to embark on a multi-million research initiative to improve the reaction and response timeframe by insurance companies to major disasters.

Aon is one of the largest insurance brokers in the world based on revenue. The group, which employs 50,000 people in 120 countries, reported revenues of €10 billion in 2017.

Skytek is one of Ireland’s leading space technology companies. The firm’s International Procedure Viewer (iPV) system, which is used to store, control and manage all procedures relating to routine daily tasks and mission-critical events such as space walks and emergency procedures, has been used on the International Space Station (ISS) for over 10 years.

In addition to devising technology for use in space, the company has also developed information and operation-based tools for other sectors, including the aircraft maintenance and emergency response industries.

Dr Bourke was three years ago named as one of Europe’s top female innovators for the work achieved by her company. She was a winner of the EU Prize for Women Innovators, the largest prize of its kind worldwide and an award that aims to raise awareness of the need for more innovation and more female entrepreneurs.

1 ‘Saudi Arabia is where the opportunities will happen in future’
2 MSD buys Takeda biologics plant in Dunboyne
3 Irish Times Business Awards: Local Enterprise of the Year nominees
4 State’s biggest landlord records 30% rise in rental income
5 Facebook agrees Irish wind-farm deal with Brookfield in Tipperary
6 Data centres will force State to choose between climate and investment
7 What will the office market look like after the great remote working experiment?
8 Trump’s TikTok move may have far-reaching consequences
9 Scars from the crash give Irish banks 2.6 billion reasons for Covid caution
10 Wirecard was looted before collapse, German prosecutors suspect
Real news has value SUBSCRIBE